Acturis has announced that it is on the look-out for a minority PE investor in the run-up to the departure of its current backer –Summit Partners.

The announcement came alongside the software house revealing that it has achieved its 20,000-user milestone, and is looking to launch a mobile app offering in the next few months.

It’s co-chief executive and co-founder, Theo Duchen told Insurance Times that Acturis is ”considering options for someone who can replace the Summit Partners shareholding as well as add some value to the group.”

But Duchen said that Acturis is not short of options, the firm is inundated with calls from investors on a daily basis.

Summit Partners is a Boston-based private equity firm. It first invested in Acturis back in June 2010 and helped develop its international expansion strategy and identifying more than 20 acquisition partner opportunities outside the UK core market.

Acturis believes that an “extremely strong pipeline of new business opportunities across the entire spectrum of broker, MGA and insurer markets” will continue to support its growth trajectory over the coming months.

But Duchen said that it is has so much more it has to do to help its clients.

He explained that the firm is committment to continuing its “record of investment in new products and features” for its customers. As well as delivering projects for clients such as Towergate ahead of schedule.

“We look forward to delivering a number of exciting developments in the next few months. The upcoming release of our native mobile application on both IOS and Android follows a successful customer pilot and will deliver significant productivity and service benefits to our existing clients,” he asaid.

These include mobile apps as well as regulatory functions as a result of GDPR.

Duchen said that the firm has had a fantastic year.

Since its birth in 2000, the software house has seen its users “grow systematically over time.”

“We can continue to demonstrate strong growth both in the UK and internationally,” Duchen added.

He said that the firm is doing well in the UK and internationally, with 60% of the market share in Germany and that he is excited as to what lies ahead. 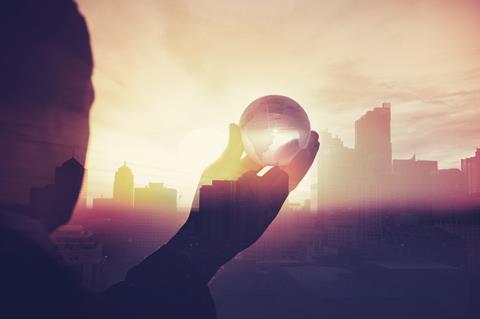