US insurer AIG has gone back to court in a bid avoid paying over $100m in bonuses to staff accrued during the global financial crisis.

The claim relates to bonuses 23 ex-employees say they are owed dating back to 2008 when the insurance giant had to be bailed out by the US government to the tune of $182bn.

Based at the company’s London offices, they were working for the arm of the company involved in the credit swaps that caused the problems - AIG Financial Products - although they were not responsible for the losses.

In 2018 the High Court ruled in the employees’ favour, saying AIG breached a legal deferred compensation clause, but the insurer is taking the case to the UK Court of Appeals in a bid to have that decision overturned.

The deferred compensation plan was supposed to be paid out over time, in addition to interest, unless AIG FP made losses, the employees claimed. 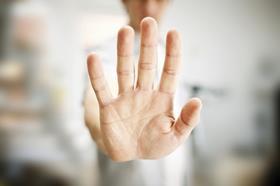 AIG, however, is arguing that it does not need to pay the bonuses because AIG FP has not been profitable since 2008, with no prospect of a return to profit any time soon.

“We believe there is no obligation to restore deferred executive bonuses that were wiped out by AIG FP’s billions of dollars in financial-crisis losses, and are hopeful that the Court of Appeal will agree,” the Financial Times reported AIG as saying.

It cited last year’s judgement where the judge said that the total amount of deferred bonus across the business could be as much as $800m. So the outcome of the appeal could open the way for further claims.

The company was heavily criticised in 2009 when it said it would pay bonuses to staff at AIG FP despite having to be bailed out after making a multi-billion dollar loss on credit default swaps - agreements that the seller of the swap will compensate the buyer in the event of a debt default.

At the start of the month, it was revealed that AIG made an $249m underwriting loss in the third quarter, despite lower catastrophe claims.

But the result was a significant improvement on the previous year’s figures, which saw it make a $1.7bn loss.