Aston Lark has made its first acquisition since being taken over by Goldman Sachs.

It has bought Lloyd’s broker Protean Risk for an undisclosed amount in what chief executive Peter Blanc told Insurance Times was a retail play.

Protean focuses on the investment, financial services, fintech and technology sectors, with clients ranging from startups to international organisations.

Blanc said it deeps the broker’s existing relationship with the London market, with Protean offering a “true specialism” in financial insurance.

Agreement was reached for the Goldman Sachs Merchant Banking Division to buy out previous owner Bowmark Capital in May, with the price understood to be in the region of £300m-£350m.

Blanc said he “couldn’t be prouder to have concluded this transaction with Protean Risk”.

From my first meeting with [Protean chief executive] Nathan Sewell and Jason Edwards [Protean chief operating officer], it was clear that the whole team at Protean share the Aston Lark passion for customer service.

”Protean are a truly specialised business and, by joining forces with Aston Lark, we now have a top quality financial institutions team.”

Sewell added: “We are delighted to be working with Peter and the team at Aston Lark.

”From the beginning it was clear that we share the same values in terms of how we work with our clients, the market and our colleagues.

”The Protean journey has been an exciting one and we look forward to continuing the successful development of the business within the Aston Lark group.”

Aston Lark bought Manchester-based commercial broker Buckland Harvester in August. It was the broker’s first deal since April, when it announced the acquisition of Jobson James.

Blanc previously said he was eyeing a host of new opportunities with the Goldman investment, including MGAs, networks and wholesale brokers.

Peter Blanc: No limit to size of acquisitions with Goldman Sachs backing 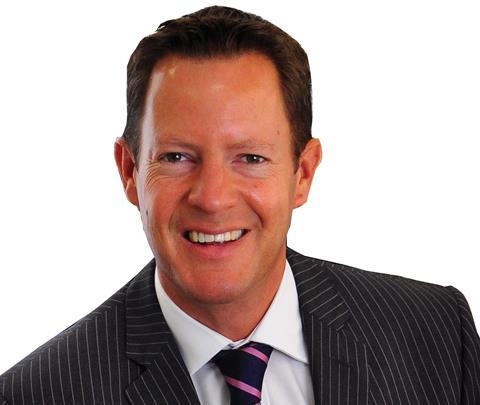