Amid record amounts of M&A, independent brokers can showcase their status to build customers, while consolidation potentially makes room for broking startups – if they can pass regulatory muster

Private equity firms are driving M&A activity and investing in “cash generative” and “resilient” insurance brokers because these firms are deemed to be “a safe haven for some of that capital”, according to Andy Fairchild, owner of Julyfourth Services and former chief executive of Applied Systems Europe.

Speaking at a webinar on 18 May 2022 hosted by market intelligence firm Insurance DataLab, titled ‘The future of broking in the UK’, Fairchild explained that the two driving forces behind the recent spate of broker M&A “is the availability of capital” as well as “the high quality of the assets that are available”.

He said: “Firstly, is the availability of capital - there’s just so much around, not just UK-based. 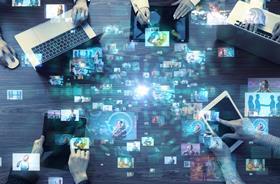 Read more…Briefing: Brokers don’t have to be jack of all trades – it’s time to tap into insurtech

“Insurance broking, per se, might be a bit of a safe haven for some of that capital - if you’re looking to deploy capital, looking at insurance broking in the UK might be an obvious place to go.”

Fairchild cited intermediary business Global Risk Partners’ acquisition by Florida-based independent broker Brown and Brown as an example of these trends – he described this transaction as “seminal”.

This view was shared by Hastings Direct chairman Mark Cliff, who told online attendees that there is more private equity showing interest in general insurance broking than ever before – in part because “insurance is generally a very cash generative business”.

He added: “The shape of the broking market has changed. There is always interest in businesses that are very cash generative and are growth businesses.

“For brokers, the opportunity is to think about how do you marry those two things together?”

With this uptick in consolidation and acquisitions, Lynn Norledge, head of sales at Willis Towers Watson Networks, believes that independent brokers have an opportunity to differentiate themselves within the market by publicly showcasing their independent status.

“There’s not been a huge amount of activity in the market for that, but I hope it will become something that is more prevalent going forward because there is a big distinction between brokers that have been taken into the consolidator and brokers [that] are still independent.

“I’m not suggesting that the consolidated brokers act in a drastically different manner, but the perception in the public’s eye is that a broker [which] is completely independent and owned by their management is within their community and very embedded, so there is a lot of distinction to be made there.”

Fairchild added that for independent brokers, the current market-wide consolidation activity “means is that not a week goes by without someone calling them saying ‘can we buy you?’ That’s really what happens”.

He continued: “Independent broking is starting to realise that just selling out to one of the consolidators is not the only option. There are other strategic options for them.

“I don’t think it’s about a moment in time – the consolidators are still going to be around in a few years’ time – so, if you are minded to play a mid to long-term strategy as an independent broker, then you really can. The support in the industry is there for you to do just that.”

For Norledge, providing this support is where broker networks have a role to play.

She explained that broker consolidation is both “a threat and an opportunity” for broker networks. By reducing the number of individual UK-based independent brokers, consolidation correspondingly reduces the pool of potential network members for Norledge and her colleagues to target.

However, the remaining independent brokers are increasingly turning to networks for refuge and support.

“We see a lot of brokers now looking at the networks thinking ‘ok, is this a place where I can help protect my business and grow it in the current market situation?’” Norledge said.

“It’s a cottage industry that’s been broken up and that’s the opportunity,” he said.

“We’re starting to hear that there is a lack of targets for acquisition and a lot of firms have moved into the wealth management sector. It will ebb and flow.

“Some of the larger consolidators [have moved] into Europe because there is that lack of targets [in the UK] to acquire.

“There could be room for new entrants coming into play to fill some of the gaps. Will [new entrants] take the place of the more traditional markets? [That is] still open for debate.”

Norledge agreed that broking startups will play an increasingly important role in rebuilding parts of the sector that have been consolidated.

She said: “We all have to play our part in the insurance market – startups are going to become more and more important to all of us if we are going to continue to have a vibrant, profitable, growing insurance broking sector in the UK. We have to help and encourage startups.”

The rub, however, is the regulatory barrier to entry, which “now makes it harder”, noted Cliff. “There are more barriers to entry than there were 10 years ago.”

Norledge continued: “It’s not easy in this day and age – there are quite high regulatory barriers to get over. There are still plenty of brave souls out there doing it and I salute them.

“As a network, we’re putting a lot of effort in there, to help them get over those first few years and help them grow and hopefully replace the mid-sized [brokers that] have been selling out over the past few years.