Chair and CEO departs as Aspen takeover is complete

Affiliates of Apollo Global Management and Aspen Insurance Holdings Ltd has announced that the previously announced takeover of Aspen has been completed.

The transaction, which was first announced in August last year, has been closed following regulatory approval and the approval of Aspen’s shareholders.

Apollo Funds have acquired all of the outstanding ordinary shares of Aspen for $42.75 per share in cash, representing an equity value of approximately $2.6bn (£2bn).

Chairman of Aspen’s Board, Glyn Jones and group chief executive, Chris O’Kane have stepped down with immediate effect. Mark Cloutier has been appointed to fill both positions left vacant.

As well as Jones and O’Kane, Albert Beer, Matthew Botein, Gary Gregg, Heidi Hutter, Karl Mayr, Bret Pearlman and Ron Pressman have left their roles on the Aspen board.

John Cavoores and Gordon Ireland will remain as directors and will be joined by Josh Black, Alex Humphreys, Gernot Lohr, Gary Parr and Michael Saffer on the Aspen board, as well as Cloutier.

Humphreys commented: “We are excited for our funds to be acquiring Aspen as it embarks on the next chapter of its development. We are delighted to be working with Mark again following our successful investment together in Brit Insurance.

“Mark has a long and successful track-record in the insurance sector and we believe he is ideally placed to lead Aspen through a period of transition to substantially improved profitability.

“We look forward to working with him and Aspen’s talented management team to drive value creation over the coming years.”

O’Kane said: “Seventeen years ago, with 38 colleagues, $600 million of assets and a vision, we formed Aspen. As a result of hard work, determination and an unwavering dedication to our clients, Aspen is now a force in the reinsurance and insurance markets with over $12 billion of assets and around 1,150 employees.

“I am extremely proud of our accomplishments and I cherish the relationships and friendships, both within Aspen and in the broader market, which we formed along the way.

“I would like to thank all my colleagues at Aspen as well as our clients and brokers for all their considerable support over the years and it delights me to see Aspen poised to go from strength to strength under the new leadership of Mark Cloutier. I wish Mark and Aspen every success for the future.”

New chief executive, Cloutier added: “I am honored to be appointed as the next CEO of Aspen. I truly believe that the company benefits from strong underwriting talent and specialized expertise, which makes it ideally positioned to deliver innovative solutions to the increasingly complex risks faced by its customers.

“I am very excited about what Aspen can achieve in the coming years. I would like to thank Chris for his key role and support over the last few months and for making the transition from public to private so seamless. He has built an impressive franchise over the past 17 years and we wish him well in his future endeavors.” 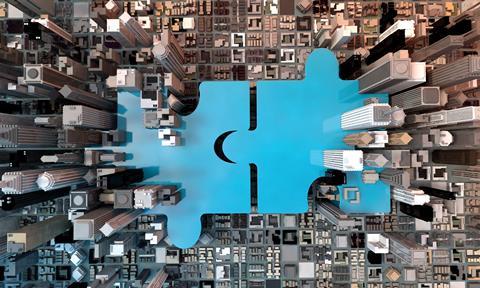