Getting serious about ESG

Insurers and brokers that undercut environmental, social and corporate governance standards will face ‘catastrophic’ consequences, according to industry roundtable

Industry commentators have raised concerns that insurers and brokers have the potential to make more money for themselves by investing, underwriting or broking in areas which fall short of environmental, social and corporate governance (ESG) standards.

This was the view of panellists attending a roundtable, titled ESG: Rising to the challenge - Middle East potential, at the Dubai World Insurance Congress (Dwic) in March 2022, hosted by Insurance Times’ sister magazine Global (Re)Insurance. 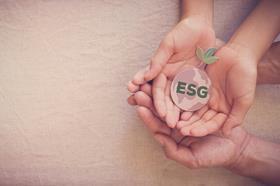 Read more…Briefing: What does ESG mean to you?

Another concern flagged at the event was that many companies see ESG as a “box ticking” exercise, with no auditing process.

One panellist said: “Who is there to evaluate what is being accomplished? That is a concern to me because many of these companies are publicly listed companies.

“There is [the] potential for false information, false disclosures. They can have significant liabilities with implications from a directors’ and officers’ (D&O) perspective.”

Another attendee, with experience in the Lloyd’s market, warned of the consequences of firms trying to undercut ESG standards.

They said: “[Lloyd’s does] not want to become the market of last resort.

“We started off by saying that we would cease writing new coal, tar sands, Arctic explorations. That was the initial statement. It created a lot of stir in the market.

“If any of the underwriters operating in the Lloyd’s market choose to go down the route of becoming a market of last resort, they will be dealing with the reputational fallout of that decision.

“If you put your head in the sand and say everyone else is running away from coal, now there is an opportunity, there might be in the short term.

“But the long-term damage to your business of making a decision like that would be catastrophic.”

On the other hand, the room heard an encouraging message from one roundtable member, who stressed that ESG was, in fact, being taken seriously.

“Most of the big energy players in the region are making huge investments in things like solar, wind and hydrogen. There is no doubt about that now,” the delegate said.

“A lot of the regional players are very keen to work with major insurers, brokers [and] Lloyd’s to benchmark what they are doing.

“So yes, there are absolutely some people saying: ‘I’ll fill in a form and that will be fine’. I could not agree more about the exposures they are building up unwittingly. But, the majority of people I have spoken to at Lloyd’s are very serious about this.” 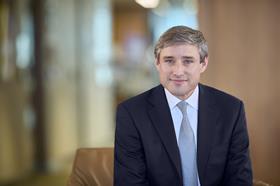 Another issue with ESG identified by roundtable attendees was that there is no universal definition.

There was subsequently a lively debate around defining ESG, but nobody pinned down a strict definition.

One member summarised: “ESG’s ultimate goal is to raise the cost of capital for companies to make sure that we do not engage, insure or invest in bad industries, bad behaviour.”

Another delegate felt strongly that firms must stand for something when it comes to ESG. Customer benefit would then naturally follow.

They said: “I do not want to be part of the pollution industry - that is a good thing to stand for and most companies and shareholders will ultimately understand that you are standing for something.

“As the population of people consuming insurance is getting younger, more educated and more aware that they have a responsibility, they are actually going to start to saying: ‘you know what, I’m going to go with this company because it is cleaner - it stands for something’.”

The future of ESG

Roundtable panellists predicted that the insurance industry will see more convergence on definitive standards for ESG.

One area of ESG that already has a clear definition is the Task Force on Climate-Related Financial Disclosures (TCFD).

TCFD was developed by international body the Financial Stability Board in 2015. It created a common standard around what companies should disclose to their shareholders, customers and staff regarding climate issues.

One panellist said: “What we are seeing - driven by governments - is greater adoption of these standards, TCFD being the main one.

“One of the key disclosures is carbon intensity, mainly of [firms’] investment portfolio right now and it will also be on the underwriting portfolio.

“There are scientific tools being developed to be able to measure that, which will ultimately become widespread.

“This will lead to a lot more transparency [around] who sits where on the [ESG] spectrum and that will drive a lot more convergence than we are seeing now.”

Sector’s pace of technological change is too slow 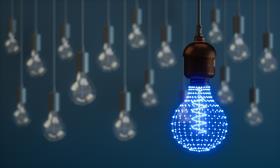 The insurance industry is failing to react quickly enough to the fast-evolving digital world around it.

This was one of the key messages that came out of a panel discussion, titled Vision: View from the top, at the Dubai World Insurance Congress (Dwic) in March 2022.

Tysers chief executive Clive Buesnel said: “I am worried about the pace of change. I do not think it is fast enough.

“Change is too slow and we can do more to speed that up.”

His concern was shared by Steve Postlewhite, managing director of QBE Re, who questioned whether the insurance industry “was reacting quick enough” to digital advancements.

However, the rush to digitalisation has led to quite a few false dawns for companies, added Corneille Karekezi, chief executive of Africa Re.

“It is clear that there is a huge waste of energy, sometimes, as everyone wants to do his own thing,” Karekezi explained.

“Everyone is rushing to put money in a lot of solutions and applications, which are sometimes short-lived. There is a lot of sense in working together as an industry and regulators will have to contribute to that.”

Salmaan Jaffery, chief business development officer at the Dubai International Financial Centre Authority (DIFCA), said the banking sector was ahead of insurance in terms of technology.

He added that there was a great opportunity in Dubai for insurers to work with the DIFCA to solve technological and customer challenges.

“We would love to figure out a way to partner with an insurer to solve one of these problems with us,” he said.

The panel also touched on pricing.

Postlewhite said pricing varied, but some classes were going up significantly.