Students identified as ‘a prime target’ for ghost brokers

Ghost brokers have scammed a total of £786,700 from victims so far this year, according to figures from the UK’s national reporting centre for fraud and cyber crime Action Fraud, reported Aol.

The police department said that between January and August 2021, it received 351 reports of ghost broking – where a fraudster tricks a customer into buying a non-existent or invalid insurance policy.

Detective Chief Inspector Edelle Michaels, head of the City of London Police’s Insurance Fraud Enforcement Department (IFED), said: “Whilst the offer of a cheap deal may be enticing, a fraudulent policy will end up costing you more in the long run in the form of a fine, points on your licence, your car being seized and crushed, and covering the cost of a valid policy.” 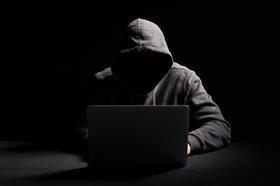 Action Fraud analysis showed that individuals aged between 17 and 29 are the most likely age group to report being targeted by ghost brokers – in particular, cash-strapped students. Over the reporting period, 34% of ghost broking incidents involved 17 to 29-year-olds.

Men are also more likely to fall victim to this type of fraud. Between January and August this year, 61% of the overall ghost broking reports made to Action Fraud were by men. Of the reports submitted by those aged between 17 and 29, around 62% of these were from men.

Despite this, the number of overall ghost broking reports made has decreased by 23% compared to the same reporting period last year.

However, policy documents may be forged or the details falsified in order to slash the premium price. In some instances, a genuine policy may be taken out, but cancelled again soon after.

Many victims do not realise their policy is fake until they attempt to make a claim or they are stopped by the police.

Michaels continued: “Many students rely on their cars to travel to and from university or around where they study and so may have recently restarted or renewed their insurance after the summer break.

“The high cost of insurance premiums and money often being tight for students unfortunately make this group a prime target for ghost brokers, therefore it is important to check that you have signed up for a legitimate insurance policy.”