He began his career in insurance at Eagle Star

He was one of the founders of the UK’s first telematics motor broker and data management business Wunelli in 2008, with Penny Searles. This was sold in 2014 to the data, analytics and technology provider, LexisNexis Risk Solutions. 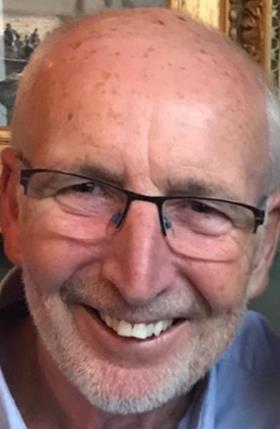 His long-term colleague and friend, Searles, said: “I have known Dunn for over twenty years and both Paul Stacy and I had the most amazing experience working with him building and growing Wunelli.

“His continued daily guidance after that sale has massively contributed to all that has followed for me since. Sandy was just so generous with his time and knowledge he was always prepared to listen, and I saw him offer encouragement, advice, and support to countless people over the years.

“He was professional and honourable, and I am utterly heartbroken that he is no longer with us. We also had huge fun together, he made work interesting and exciting, and I will miss him.”

Dunn began his insurance career with Eagle Star in his native Scotland moving his young family around the country wherever the job took him.

More than 30 years ago, he set up one of the UK’s first direct players disrupting the traditional broker space, it was called Eagle Star Direct, subsequently settling for good in Southampton.

Meanwhile in 1998, Dunn with two colleagues, acquired R A Rossborough – a Jersey-based insurance broker operating out of the UK. This was later renamed BDML Connect with Dunn taking the helm as managing director.

The BDML Group also consisted of Sabre Insurance, which was acquired from Aviva in 2002, and Ultimate Insurance Solutions.

In 2005 the BDML Group sold its broking business, BDML Connect to Capita Insurance Services Group. Dunn remained as its chairman and chief executive until 2010.

Dunn loved helping others succeed, therefore instead of taking an early retirement he held board positions at Markerstudy, IGO4, Swinton, Call Connection and Supercover.