Insurers have been alerted following an incident outside Parliament.

Police are treating the matter as “counter-terror,” although it is yet to be confirmed.

A 29-year-old British driver was arrested at the scene by armed officers for “preparation of suspicion of terrorist act” contrary to section 5 of the Terrorism Act (TACT) 2006, where he remains uncooperative and in custody at a south London police station.

On Tuesday 14 August, during the morning rush hour, a privately-owned silver Ford Fiesta hit the security barriers outside the Houses of Parliament mowing down pedestrians and cyclists.

A woman and a man were taken to hospital but have since been discharged, while another man was treated at the scene.

Loss of attraction and non-damage business interruption protections are increasingly in demand from insurers, the increase is being driven by high profile attacks and false alarms transforming how businesses respond to these incidents.

Motor claim pay-outs linked to terrorism against the Motor Insurer’s Bureau (MIB) means insurance will be split between the membership from next year, it will decide by the end of October whether to buy reinsurance to help cover terrorism-related claims.

Paul Ryman-Tubb, chief technical officer at Motor Insurer’s Bureau, said: “From 1 January 2019 MIB will handle all claims arising from the use of a motor vehicle in a terrorist incident but in the meantime, individual insurers can be responsible for handling motor-related terrorism claims.

“This is a sensitive time and clarity is still required around the details of this incident. Consequently, we’re unable to comment further.”

Assistant commissioner, Neil Basu, added in a police statement of the recent incident: “Given that this appears to be a deliberate act, the method and this being an iconic site, we are treating it as a terrorist incident and the investigation is being led by officers from the Counter Terrorism Command.” 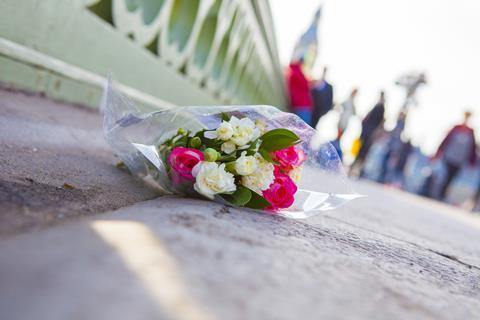