It is official: "Women are the safer drivers," says insurethebox research

Insurance Times’ Savan Shah speaks to general manager of communications of insurethebox, Naomi Little on the age old question of which gender is the better driver on International Women’s Day

The age old question of which gender is the better driver continues, why do you feel as you say that women are superior drivers, what hard data supports this?

With more than 4.5 billion miles of driving data we have definitive insight into driving behaviours of women and men. 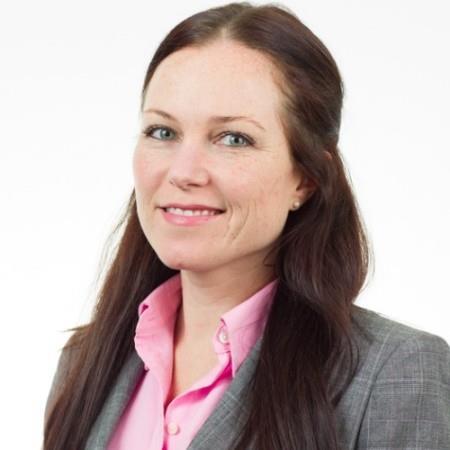 The difference is even greater among younger drivers. Young women between 17 and 25 are rewarded with 11% more bonus miles compared to men in the same age group: this is specifically down to their safer driving.

insurethebox’s telematics policy includes accident alerts which use a number of data factors to assess a driver’s possible involvement in a collision. Could you tell us what data factors are the variables used to assess a car incident forecast?

An insurethebox telematics policy includes accident alerts which uses a number of data factors to assess a driver’s possible involvement in a collision to trigger a call to the driver or emergency services.

If a significant G-Force impact is registered, insurethebox examines the time of day, whether the vehicle is still moving, and the type of road the vehicle is on. If we detect a high impact, our team will attempt to contact the customer to check they are alright. 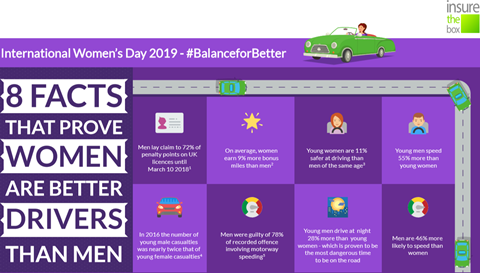 If insurethebox is unable to reach the policyholder, our team will review and make a decision on whether to call the emergency services with the location of the vehicle.

The RAC foundation found that women drivers are increasing in number at a faster rate than men. What data trends are insightful about the habits of women drivers?

Analysis of insurethebox driving data from between January 2017 and December 2018 has revealed that women are the safer drivers, particularly when it comes to speeding.

Our telematics data has revealed that men are 46% more likely to speed than women. It also reveals that younger drivers (17-25) are the biggest speed culprits, with young men speeding a huge 55% more than young women. Worryingly off the back of that statistic is evidence from our data that shows that drivers who speed 20% of the time increase their risk of having an accident by 87%.

Women are also safer when it comes to driving at night. Driving in the dark is significantly more dangerous than driving when visibility is clear. Despite this, young men drive 28% more than women between midnight and 5am which is the most dangerous time to be on the road.

Are men of certain geographical regions of the U.K letting the rest of men down or is there more environmental influences to consider here?

Data from the Department for Transport shows that since 2013 the number of men involved in reported road accidents has decreased year on year in addition to the number of casualties decreasing year on year, does your findings support this trend or say otherwise? Is this reduction an indicator that services such as insurethebox offers are helping reduce the number of accidents?

Telematics plays an important role in influencing driver behaviour to reduce the incidence of road deaths. Putting the power back into the driver’s hands by giving them the information they need to take control of their driving is vital to tackling road casualties.

Over the last two years, the insurethebox award-winning speed reduction campaign has used unique insights to communicate with customers who frequently speed, highlighting the risk of an accident and urging them to slow down and take more care.

As a result of our work, speeding instances among the highest risk drivers have reduced by about 29%. This has cut the frequency of accidents among young drivers by 9%, reduced the damage caused when bumps do occur, saved the distress of making a claim and most importantly, reduced the risk of catastrophic injury.