A successor has not been announced yet

Lloyd’s of London has announced that Jon Hancock, its performance management director, is to step down this year.

He was responsible for taking the lead on Blueprint One, which laid out Lloyd’s strategy to build the most advanced marketplace in the world following the unveiling of the Future at Lloyd’s prospectus in May last year.

Hancock said: “Working with the Lloyd’s market has been a personal and career highlight. I have enjoyed my time here and I am proud of what my team and the market have achieved: the foundations have been set for the Lloyd’s market to return to world class underwriting performance and the Future at Lloyd’s sets out a compelling strategic vision.

“As I enter my fourth year at Lloyd’s, it feels like the right time to pass on the baton and explore new opportunities.”

John Neal, Lloyd’s chief executive officer, said that Hancock’s “leadership in performance is without parallel and his sponsorship of Blueprint One was critical in the production of a future strategy for the Lloyd’s market. His will be big boots to fill and so I am delighted that we will have him for a while longer”.

He explained that this is because performance is “not just a strategic priority” for Lloyd’s but it underpins what the market is seeking to achieve through the Future at Lloyd’s initiative.

“[Hancock] has put in place firm foundations on which we will build over the years ahead. On a personal level, it has been a privilege to get to know and to work with Jon and I am grateful for his continuing support,” Neal added.

She joins Lloyd’s at a crucial time as it continues work to develop an inclusive and innovative culture in order to attract talented people to deliver the Future at Lloyd’s project.

Tyson is a highly-experienced HR director with expertise in developing, leading and delivering people and culture strategies. Previously, she worked as HR and communications director at LV=, between 2013 and 2017, and prior to this she acted as group HRD at Wates Group.

She said: “The opportunity to join Lloyd’s at this point in its evolution is utterly compelling: the exciting elements of business transformation, culture change, leadership and talent development are all areas I care deeply about.

“My passion is to create a high engagement and high performing culture and I am looking forward to working with John Neal and my new colleagues to take Lloyd’s forward.”

Neal praised Scott, saying: “her expertise and experience will be vital as we work towards creating the high performing culture the Future at Lloyd’s will demand. Welcoming [Scott] to the executive team recognises the contribution she has made to date.

“Together with [Tyson], we will have increased diversity of skills on the executive team that I am sure will benefit Lloyd’s.” 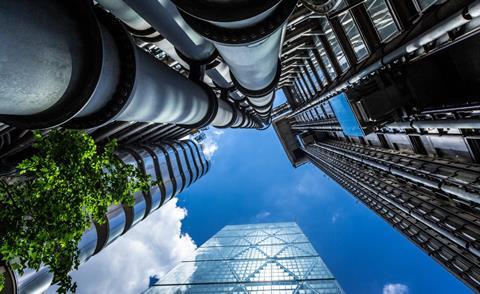