In a letter sent to Rt Hon David Gauke MP, MASS says the MoJ is “cutting corners” and choosing “the worst option available” to meet a “politically driven deadline”

The Motor Accident Solicitor’s Society (MASS) has outlined issues and concerns over the development of the Litigants in Person (LiP) portal as part of the new-look road traffic accident (RTA) claims process.

In a scathing letter, seen by Insurance Times, MASS chair Paul Nicholls has accused the Ministry of Justice (MoJ) of “cutting corners” and choosing “the worst option available” to meet a “policitcally driven deadline” of April 2020.

It outlined several aspects of the build which has given cause for concern, after being left frustrated by the process after engaging throughout the development in steering groups, stakeholder meetings and Hartwell workshops.

Dual-portal as opposed to full integration

MASS’ first concern is the government’s decision to leave the portal for RTA claims below £5000 and the other portal for all other claims separate.

In its letter, MASS said this has “long been considered the worst option available” and would much prefer full integration of both portals.

It said: “It is unfortunate the MoJ has chosen to cut corners in order to meet the politically driven deadline of April 2020, rather than developing a fully integrated, functional system.”

MASS claims having two separate portals will lead to duplication and increase costs. It said there will inevitably be instances where claims need to be transferred from one portal to the other, possibly after a medical record has been issued. And the need to resubmit claims on the other portal will be time-consuming and confusing for all parties.

MASS labelled leaving credit hire, credit repair and rehabilitation out of the new portal as a “serious mistake”.

It believes these elements of a claim must be “fully integrated from the outset or have a clear pathway set out.”

At Insurance Times’ Fraud Charter meeting in March, the MoJ’s deputy director for civil justice and law, David Parkin said part two of the reforms, which is understood to address these elements, will be responded to by the government by the end of the year.

The government held a consultation where it considered extending MedCo’s remit to cover initial reports for all RTA related claims below £5,000.

MASS said it has “considerable concerns” over the extra work and testing that will be required to integrate MedCo’s new responsibilities, saying it is vital that all unrepresented claimants are fully guided and understand the process.

Another consideration by the government was widening the type of expert who can register on the MedCo system, but MASS wants a strict and vigorous accreditation process to be put in place.

It said: “If MedCo is to be expanded to include experts for non-soft tissue injuries, they must be fully accredited with strict entry requirements , training, monitoring and auditing, the the level and standard of those MROs/experts who currently provide reports through MedCo.” 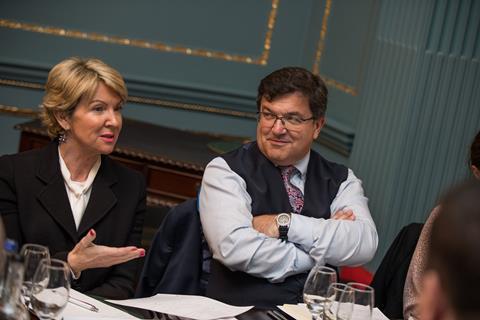