With its second fund raise this year, Urban Jungle is not showing any signs of slowing down, even though the Covid-19 pandemic is a financial obstacle for most of the sector

Munich Re-backed insurtech Urban Jungle has raised an extra £1.6m in funding as it prepares to expand into new markets.

Despite the coronavirus pandemic having an impact on the insurtech sector, Urban Jungle has managed to raise funding yet again.

This latest funding round was raised from both its new and existing investors and is the insurtech’s second major funding round of 2020 since it raised £2.5m in March - the company has raised £4.1m so far in 2020, and £7.8m overall.

Jimmy Williams, Urban Jungle’s chief executive, said: “We wanted to raise more in the spring but, with lockdown restrictions pending, we had to close the round early. However, since then, the business has performed incredibly well and we are seeing opportunities for new products and new markets.

“It’s a new world we are operating in and we believe we’ve got the tools, the skills and, crucially, the right attitude, to succeed.”

This successful funding round follows a period of growth for the insurtech; it now has more than 25,000 customers and 23 staff, and is growing at over 20% per month.

Although ”2020 has been a really tough year for everyone”, Williams continued: ”We’re lucky that people always need insurance, especially when times are tough, and even more customers are looking for a value focused provider like us.

“Lockdown changed the insurance market in many ways. For us, there are more people working from home and investing in expensive laptops, which they want to cover. There’s also been a big rise in bike ownership and these are treasured items that people want to protect.”

Devey joined the insurtech’s board as a non-executive director back in December.

“We’ll be hiring more people in the coming months, investing heavily in marketing and giving the traditional market some serious competition. The insurance sector has been calling for a newcomer to disrupt it for some time and we’re doing just that,” Williams said.

Back in 2016, Williams teamed up with former Google and Facebook engineer Greg Smyth, while studying at Cambridge University.

Williams spotted a gap in the market after having difficulty getting contents insurance while living with friends in London. In his opinion, traditional insurers were failing to offer products and services to those in shared accommodation or renting. 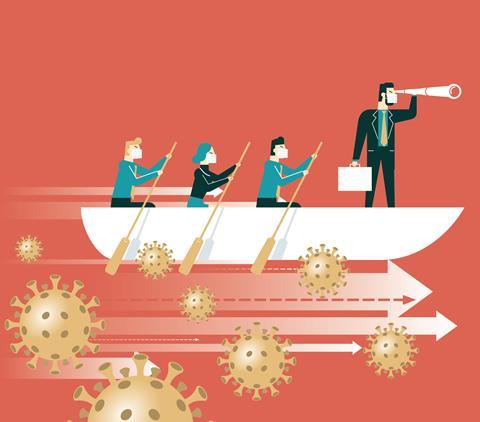