The deal will allow the group to fund acquisitions.

The business will continue under the existing local management team of Trevor Shaw as group chief executive and Paul Hanna as group chief financial officer, along with a number of other local shareholders.

Prestige previously sold the shares of some of its founding members to Capital Z in July.

He said: “The Prestige Group represents a great insurance platform for us, having strong distribution, particularly in Northern Ireland, with niche underwriting positions in the home and car markets, together with its own IT platform.

“We look forward to working with Trevor Shaw and his team to help it fulfil its potential.”

Shaw also welcomed the deal, and added: “This is a very positive move for our staff, customers and insurance suppliers.”

As part of the deal, company founder George Storey will retire from his position as chairman.  He will remain on the board in a non-executive capacity.

Storey said: “I am incredibly proud to have built a business over 45 years which has attracted such high quality investment from an investor which sees its strength and potential.

“I am confident to leave the group in the hands of a very capable management team and excellent staff.  I look forward to supporting the new owners in a non-executive role in the future and I wish them every continuing success.”

Bunker added: “I know this business well and have great respect for what George, Trevor, Paul and their teams have accomplished. I am excited by its prospects and look forward to building a close working relationship with the management team and Capital Z.”

The Prestige Group also includes Prestige Underwriting, along with Cover.Net.

The deal has been approved by both the FCA and the Central Bank of Ireland. 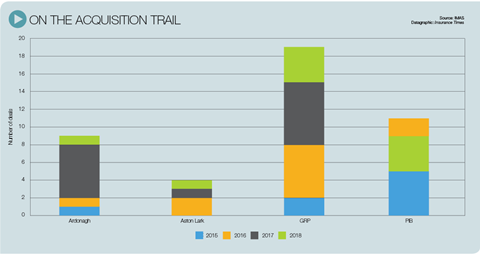