Motor claims have increased by more than a fifth (21%) on Black Friday since 2015.

This is according to claims data from Co-op Insurance. The firm said that this “peak Christmas shopping day” (today) signals the start of the motor claims season.

The ABI has warned drivers in search of a Christmas good deal to take care on the roads, “as any bargain may come at a price.”

Black Friday is a tradition which began in America and taken hold in the UK due to popularity, it is the biggest sales day of the year with stores offering a range of bargains.

Ian Kershaw, head of claims at the Co-op, said that the firm’s data shows over recent years that Black Friday’s sales lead to “more traffic on UK roads and therefore an increasing number of incidents.”

He added: “Unfortunately, we do see a spike in collisions at this time of year, when drivers seem to be more alert to bargains than the traffic, so we’re urging drivers to take extra care when they’re out on the roads. This weekend signals the start of our busy claims period, which ramps up pre-Christmas, before we see a calmer, festive period.”

On top of this, he added: “Perhaps living up to its name, Cyber Monday [26 November] does see fewer accidents reported in comparison to Black Friday so this may be a safer time to drive for many across the UK as it seems as though a lot of us stay at home.”

This could be due to bargain hunters more likely to head to the shops on Friday but stay at home on Monday, the firm said.

The Co-op Insurance arm recently announced that it had entered a ”formal exclusivity period” with Markerstudy to buy the business for £300m. 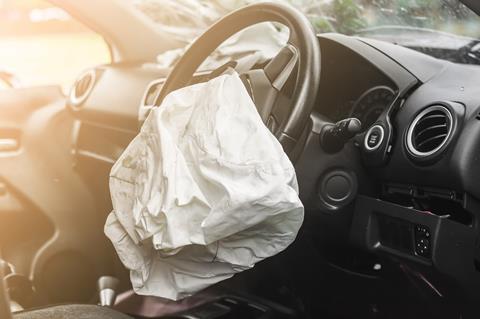