The UK run-off market is set to see a period of rapid growth as the impact of Lloyd’s focus on poorly performing business continues to have an impact.

Global Insurance Law Connect (GILC) has launched its first run-off report, looking into the drivers of legacy business in both mature and emerging insurance markets.

Member firms in 20 countries around the world were asked to classify their local run-off market in terms of both its maturity and direction of travel – the report then looked at some of the dynamics behind the noted developments.

Jim Sherwood, chairman of Global Insurance Law Connect, identified the key driver for the significant uptick in the run-off sector as hardening rates, which forced underwriters to review the classes in which they operate.

“This is a huge market,” he said. “Pricewaterhouse Coopers’s (PWC) 2019 Global Insurance Market Run-Off Survey estimates non-life run-off reserves at circa $790bn around the world and legacy management becoming part of the ‘new normal’. As always it is fascinating to get insights from such a wide variety of markets into the trends in the run-off sector.

“Probably the best summary of our findings is ‘growth held back by legislation’. One universal truth is that in every market, insurers are looking for opportunities to divest themselves of unwanted legacy portfolios.

“While some of the exact drivers may differ, we see a common pattern: in markets where regulation permits portfolio transfers, creative solutions flourish, with multiple parties cooperating in flexible ways and, very often, delivering a more positive outcome for all parties.

“And yet in many markets, run-off is an untested concept and in more than one territory, our legal specialists told us they believed the regulator would be willing to accept run-off transactions, but that insurers are unwilling to put themselves forward as the first ‘test case’.

“As a result, there are a number of territories around the globe where transactions do not occur, in spite of the presence and interest of experts in the sector.” 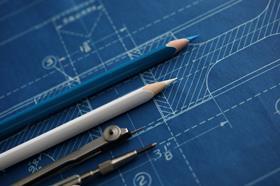 The UK remains the most mature European legacy and run-off market.

BLM partner and the head of GILC’s Occupational Disease Practice Group Chris Fletcher said despite the maturity “there is still growth to come in the sector”.

“The legacy EL/PL longer-tail claims aspect of the market is at the more mature end; other lines of business are becoming more common,” he added.

“Clients are telling me that although some established players may be nearing their ceiling in terms of [the] proportion of their business devoted to this market, there are a number of other acquirers interested in investing capital in this area and still much interest from the traditional primary market and especially from Lloyd’s to drive transaction activity.”

GILC’s report said the profitability exercise conducted by Lloyd’s in autumn 2018 led to a rush of syndicates exiting non-core lines of business. As a result, the run-off transactions seen in the last year have been led from this segment of the market.

“These Lloyd’s run-off deals cut across many classes - property, casualty, political risk, marine, aviation, to mention but a few,” it stated.

“This has meant that [the] UK market was more active than the US and the number of deals in Q3 2020 outpaced the same period last year (35 deals in 2019 versus 40 deals in 2020). PWC have predicted that even more deals are likely to come through in the coming year.”

Sherwood continued: “In the more mature markets where activity is thriving, the reasons for this are multiple and varied.

“Covid-19 has taken a toll on many international insurers’ reserves, changed the profitability of some significant lines of business and forced everyone in the industry to examine contract wordings, both historic and current.

“Brexit and the requirements of solvency II and IFRS 17 also continue to act as drivers, while in the US, the increasing use of Insurance Business Transfers (IBTs) in different states is also driving ‘whole entity’ deal numbers.”

GILC’s study comes at the same time as PWC issued the results of its latest survey of the run-off sector, published in February - this found that it looks set to undergo further growth.

“The growth in legacy activity predicted in the last edition of this report has materialised, boosted by significant investment in both new and existing legacy players,” it said.

“The market has maintained its momentum, with over 100 legacy deals publicly announced since our last report, consistent with the volume in the prior period.”

Respondents to the survey predicted legacy deal activity will remain at record highs, with the US and Lloyd’s markets continuing to be particularly busy.

They added that they expect the sector to be heavily influenced by factors such as increased levels of capital availability and hardening live market conditions, which will ensure a strong supply pipeline over the next two years.

The survey found that the key restructuring drivers remain consistent with the deal flow that has been observed in the market over the past two years.

Releasing capital continues to be the primary driver of run-off activity, followed closely by disposing of non-core business and achieving early finality.

Overall, PWC estimated that the global non-life run-off reserve has increased to $864bn, a 9% increase since the previous edition of the report.