Qudos, the unrated Danish insurer which last year pulled from swathes of UK motor business, has been placed into liquidation.

Owners New Nordic Advisors announced the decision today following a review of the insurer’s position. It had in October announced the business would stop writing new business while it looked into restructuring Qudos.

Following the decision to place the insurer into liquidation, New Nordic has entered into several retrospective reinsurance treaties with legacy specialist DARAG. DARAG will now take on former-Qudos customer policies in several portfolios, with New Nordic still in discussions around backing for remaining lines.

The move is designed to de-risk Qudos and provide a solution for policyholders.

Nicolai Borcher Hansen, chief executive at New Nordic, said: “At the heart of all our decision-making stands prudence towards our investors, policyholders and the regulator.

“Following a deep and comprehensive review of the company’s position and open dialogue with the regulator, we have decided to place Qudos permanently into run-off and to liquidate the remaining assets.

“DARAG are consummate experts at legacy and claims handling and will assure the long-term, stable handling of the portfolios they are taking over.”

New Nordic had been in a dispute with former Qudos owners Echelon Insurance over the state in which the insurer was sold to them in March 2017.

In November 2017 it cut back its presence in UK motor to just one binding authority agreement after making losses in the competitive business line.

Tom Booth, chief executive at DARAG, added: “We are pleased to have been able to work with New Nordic to provide a retrospective reinsurance solution for certain Qudos portfolios and to have the opportunity to explore others.

“DARAG is an expert at comprehensive legacy solutions that drive value and security for our clients and insureds.” 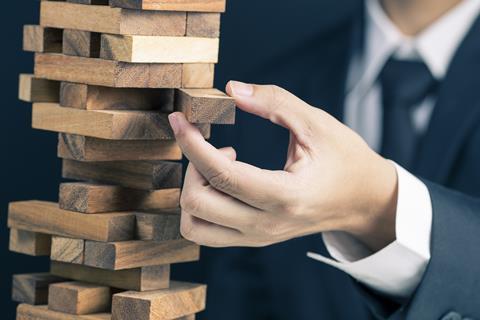