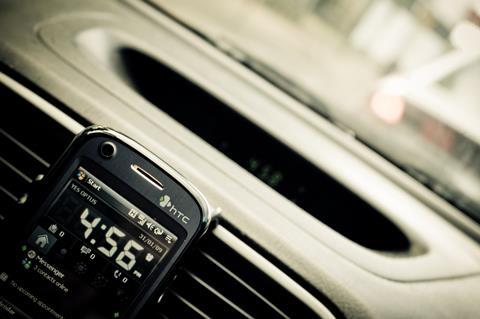 Using a hand-held phone while driving nearly doubles your chance of an accident, according to research by LexisNexis subsidiary Wunelli.

Analysis of the driving behaviour of more than 4,300 motorists over 18 months using Wunelli telematics on behalf of insurer Drivology showed that using a hand-held phone at the wheel increases hard braking by 75%.

Wunelli said hard braking, measured as enough G-force to propel a handbag on the front seat into the foot well, is a strong indication of driver distraction and has a proven direct correlation with motor insurance claims.

Wunelli said the average driver brakes hard once every 50 miles. If the driver is using a phone, hard braking and, therefore, claims frequency almost doubles.

For a larger version of this infographic, click here

The government is considering tightening the law on using hand-held mobile phones when driving.

The analysis found that men use their mobile at the wheel almost double the time women do and motorists between the ages of 25-35 use hand-held phones while at the wheel more than any other age group.

One-quarter of calls taken or made in the car are done illegally hand-held, and most of these calls are on roads in built-up areas.

The data also showed that average vehicle speed decreased by one-third when drivers were on a hand-held call.

Royal Society for the Prevention of Accidents head of road safety Kevin Clinton said: “This is yet more evidence of the danger of using a mobile phone while driving.”