The pods have previously been used at Heathrow Airport Terminal 5 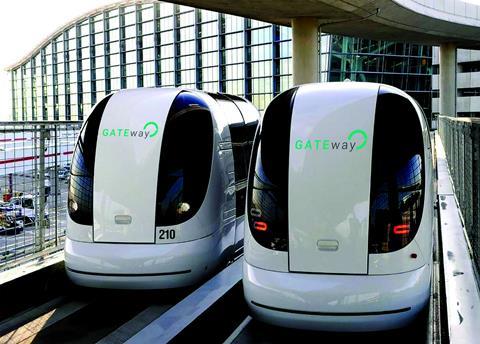 UK-based insurer RSA is to insure the Gateway project, the UK’s first driverless cars trial, which today launched the first designs for its autonomous vehicles.

The ‘pods’, which are currently being used at Heathrow Airport on tracks, will be moved to the open road in Greenwich for trials set to begin this summer.

They have been in placed at Heathrow for five years and have hosted 1.5 million passengers.

Developed by Oxbotica, it is hoped the trials will be the first step to bringing semi-autonomous cars to mainstream motoring.

Oxbotica chief executive Graeme Smith said: “Demonstrating autonomous pods in public operation around the Greenwich peninsular will be a huge step in determining how this technology interacts with both passengers and pedestrians.”