Despite the increasing obstacles to joining the market, some say now is a good time for small brokers and start-ups to show how they can outshine the big players in customer service 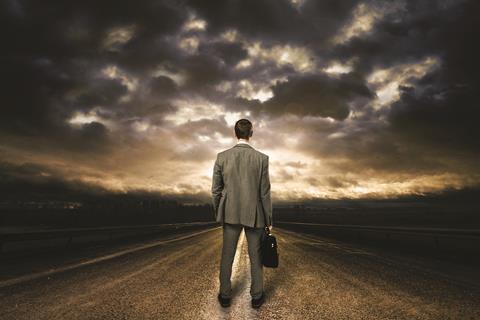 Has there ever been a tougher time to launch a broking business? Against the backdrop of a struggling UK economy, insurers and networks have become more selective about the start-ups they will work with, while the tangle of regulatory red tape firms face is more impenetrable than ever.

Meanwhile, post-credit crunch, securing support from a bank is about as likely winning the lottery.
Surprisingly, the number of brokers being launched has remained fairly constant. Insurance Times looks at why new firms continue to appear despite the hurdles they face.

Managing the obstacles
The number of start-up brokers has fallen over the past two years by only 5%, according to IMAS Corporate Finance, which advises on the sales of financial services business and monitors new launches (see graph).

IMAS partner Olly Laughton-Scott says: “It’s a dynamic market with a large number of start-ups. We are seeing these new launches because of consolidation. Many people are leaving companies that have been taken over or are being made redundant as consolidators rationalise what they have bought.”

However, launching a broker is far from easy in the current climate. For a start, the Financial Conduct Authority requires more of start-ups than its predecessor the FSA used to. Laughton-Scott says: “The regulator is tougher than previous regimes and the approval process has been tightened up.”

The FSA itself became more demanding and since 2005 required start-ups to demonstrate complex systems for compliance, internal audit and risk assessment. They must comply with capital requirements as well as writing an array of documents, from a “regulatory business plan” to a procedures manual.

Director Adam Scott says the wait is tough: “You’ve no money coming in and you are trying to persuade
clients to move their business to your company at a time when you look like a risky prospect.”

There has never been such a difficult time to start a broker business, with all the costs and regulatory requirements to deal with. But at the same time, there has probably never been a better time to start.’

It’s hard convincing insurers to grant you an agency. Scott says: “When you start out you obviously don’t have huge numbers of clients. but some insurers won’t go near you unless you have a lot of business.”

Amicus is among the many start-ups to overcome this problem by joining a network. Scott says: “We joined Cobra because it was the only way to access the insurers we needed.”

Joining a compliance network will also take the regulatory burden off your hands. However, Cornell Consulting founder Tony Cornell warns that in return, such networks take “around one-third of your income”.

Unfortunately, networks have become more choosy about the brokers they take on. Ten Services Network was launched in 2005. Director James Sharp says: “In our early days we were willing to give most people a try, but now we are more cautious. We have found that people who leave an insurer and try to be a broker often don’t know how to do it, and we’ve also become sceptical about firms that don’t have someone dedicated to general insurance broking.”

Bank finance remains elusive. Sharp says: “Is there any help from banks for start-ups? No. You would be lucky to get a £1,000 overdraft.”

The soft market also gives new firms little opportunity to grow. Scott says: “A lot of people thought we were crazy to set up in a soft market because the competition for business is harder and commissions are lower.”

For anyone who has left a broker to start out on their own, restrictive covenants are an obstacle. When Scott tried to launch his own business he faced legal action from his former employer Giles, which accused him of taking clients, in breach of his contract. The case was settled in the High Court. Scott says: “It was not an experience I would recommend.”

Cause for optimism
With business partner Richard Evans, Scott has built Amicus to an eight-person, £3.8m premium business bringing in around £700,000 in commission and £126,000 in profit a year.

Scott believes it is easy for a smaller broker to take business from the larger players. “Now is actually the perfect time to be a start-up because the big brokers have lost their customer service ability. For example, the first thing I do is go to see the client in person, which I doubt they’d get from a big player.”

It is a view shared by Stuart Reid, chief executive of Axa’s broking business Bluefin and co-founder of Stuart Alexander, which Axa acquired in 2007. He says: “A smaller business is light on its feet, which means it can adapt more quickly to client needs.”

Reid concludes: “There has never been such a difficult time to start a broker business, with all the costs and regulatory requirements to deal with. But at the same time, there has probably never been a better time to start.”