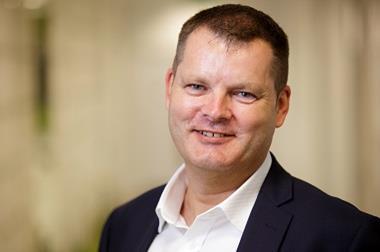 This is a newly created role at the rental property insurance broker, combining the responsibilities of two recently departed directors.

He will develop and lead new product development and distribution for Barbon’s insurance business.

He said: “Do do that it is appropriate and understandable that you look for adding some expertise with familiarity with businesses that operate in ways that we haven’t focused on as a company in a past.”

On the decision to create the commercial director role Totty said: “We thought organising what I would describe as all the customer-facing components of the business under one executive made sense if we could find that individual.

“In Andy Glynne we think we have found the individual that has experience across that full range of functional responsibilities.

“It is an opportunity we took to organise ourselves a little bit differently.”