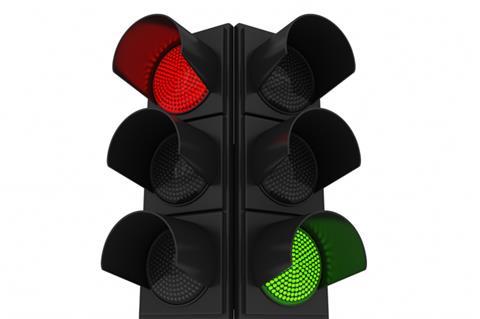 Well, the election is finally over. Until the next time. Which I gather may not be too far in the future. Miraculously everyone won apparently, which, speaking as an Irishwoman, appears to be a very British outcome. Apart from those who favour purple. Perhaps we can now get back to day-to-day business.

I am sure that the Queen’s Speech will be along sometime, soonish, although I understand it’s a bit more complicated now.

Being serious now, whether the Prisons and Courts Bill does return, and with it the proposed whiplash reforms, it is still not too late for the MoJ to take a deep breath and resist the temptation to launch full speed off the cliff. With the summer recess only weeks away there appears little point in hastily re-introducing a flawed Bill whilst MPs are still digesting the many ramifications of the election. Legislative scrutiny of any Bills won’t really begin now until October anyway.

The next three or so months could more fruitfully be spent with MoJ having a genuine and frank dialogue with stakeholders from across the sector on the desired shape of the reforms. Defendant solicitors have now publicly started questioning the logic and direction of the proposed reforms. Increasingly some insurers are becoming genuinely concerned about where this is all leading, but are understandably reluctant to speak publicly, because it might risk derailing the genuine case for reform.

Putting aside the principled arguments against the reforms for one moment, on a practical level there are simply too many unanswered questions right now about how it will all work in practice. There are too many loopholes and insufficient time has been spent on thinking through the consequences.

Neither insurers or solicitors wish to see the market surrendered to claims farmers actively encouraging and guiding licensed independent practitioners (LiPs). Most insurers really don’t want good solicitors squeezed out of the market, recognising that they, for the most part, provide a professional service in filtering out the worst claims and efficiently dealing with the mostly genuine. Will the process really have been worth it when we likely end up with increased costs for insurers, more fraudulent claims and a dramatically less efficient market?

There is a growing appetite to collectively work through these issues.

Legislation can then return to Parliament that is more comprehensive and fit-for-purpose. It can address some of the critical issues that are currently an afterthought - rehab, credit hire, credit repair, medical reporting, SRA powers and improved data sharing. The new Bill can then be better aligned with the transfer of regulatory powers over CMCs to the FCA and the proposed ban on cold calling. Parliament could then be responsible for a piece of legislation that might actually improve the claims market, rather than breaking it.