Escape of water is a growing and increasingly expensive problem – but technology offers a solution, writes James Rankin, head of partner sales, geo 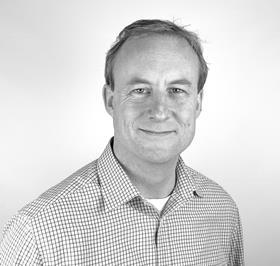 Escape of water (EOW) is one of the most significant challenges facing insurers, with an annual rising repair bill currently approaching £1bn – constantly increasing thanks to issues such as new-builds with plastic piping.

The inevitable rise in premiums is effectively pricing some consumers out of the market, leaving them with inadequate policies or no policy at all. This state of affairs has attracted the attention of regulators and the government alike who, not surprisingly, are challenging the industry to make EOW cover more affordable.

Insurers therefore find themselves in a difficult position. One way to remedy this is to learn from the experience of previous successes in tackling high-risk audiences – such as young drivers in the motor insurance sector and the growth of the ‘black box’.

When telematics – more commonly known as ‘black box technology’ – was first developed, it’s no exaggeration to say that it transformed the insurance market for young drivers. The ability to monitor new drivers’ performance, rewarding them for being safe and responsible, and with a penalty threat for bad or dangerous habits, meant that a new system was available that kept young drivers and their parents happy.

Critically, black boxes changed consumer behaviour, making young drivers better risks. Since 2011, road casualty rates among 17 to 19-year-olds fell by 31.07% (compared with 11.06% for the driving population as a whole). The positive impact for the industry is that by managing the risk for insurers, young drivers have become a profitable market – mainly due to specialist providers such as Marmalade who first embraced telematics and paved the way for others.

One aspect worth noting is how a technological advance developed by insurers was at first merely ‘accepted’ by consumers but, after recognition of its myriad benefits, was soon being demanded by the same audience as the norm.

Once this attitudinal transformation had taken place, the major providers moved in and telematics was no longer niche. Witness MoreThan’s recent £3m campaign for their Smart Wheels Box – and Aviva Drive, which monitors all its drivers’ road behaviour via an app.

However, the big players have been relatively late to the party on black box technology and are having to compete against strongly established specialists – will history repeat itself for EOW technology?

Such progression, coupled with the idea of embracing telematics to reduce risk and drive behaviour change, inspired geo to develop its Waterlock product.

Waterlock is an innovative piece of smart tech designed to reduce the risk, hassle and expense of water damage claims – so benefiting both insurance companies and their customers. By detecting standing water, excess humidity and freezing conditions, Waterlock reduces escape of water losses and offers the ability to shut off the mains water supply automatically if a leak is detected or via an easy-to-use app. 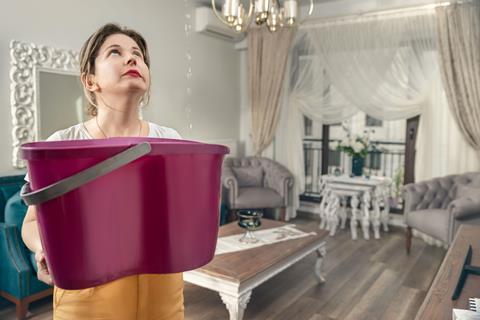 Simplicity is at the heart of Waterlock’s success. It comprises a small, easily installed unit that detects leaks and acts fast to minimise damage. It communicates via a consumer interface on mobiles or other devices, so can be used in the home or remotely. And, importantly, it’s competitively priced – with the major consumer benefit of enjoying reduced insurance premiums.

No wonder, then, that it’s spearheading the move towards telematics as the norm in the escape of water area of the home insurance market.

For the insurer, Waterlock acts just like a black box – providing both prevention and effortless management to the property owner. Householders and small business owners are encouraged to turn off the water prior to a planned or impromptu absence from the building. Should a leak occur, the system will shut off automatically, alerting the householder, and minimising the volume of water and therefore the cost of any damage.

While Waterlock’s EOW technology is relevant to all properties (as the black box is to all drivers), there are priority niche audiences. These include:

• second homes that might be empty for long periods especially in the winter;

• homeowners who have previously suffered EOW, in order to help them manage premium levels; and

• commercially – businesses such as dentists and hairdressers where relocating due to water damage would be prohibitively expensive if not impossible. And also property management companies for whom EOW claims are a significant headache.

James Rankin, head of partner sales at geo – creator of Waterlock and provider of smart energy meters to more than six million homes worldwide – said: “The insurance industry was somewhat slow to embrace black box technology, but can now learn from its impact to apply the same winning approach to EOW.

“Early adopters have everything to gain in terms of strong commercial and positive brand advantage. There may be a plethora of insurtech flooding the market, but EOW devices are proving their practical worth in countering a huge issue, so we’re urging the industry to act now”.

Geo is working in partnership with magenta insurance to navigate the industry and focus on the best preventative solutions to help to support insurers, brokers and their customers.

Geo and magenta insurance working in partnership, have considerably progressed tackling EOW together, making significant improvements on how EOW can be proactively mitigated with the Waterlock solution, delivering a far better customer outcome and improved performance for brokers and insurers alike.