Fraudster jailed for 16 months for series of income protection scams 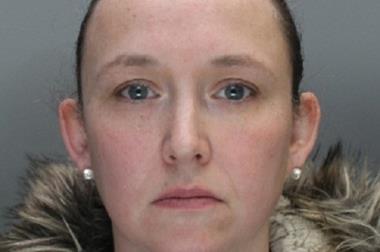 A woman who falsely claimed her mother had suffered a stroke so she could pocket nearly £30,000 in income protection payments has been jailed for 16 months at the Old Bailey.

Busbridge was caught by the Insurance Fraud Enforcement Department (IFED), part of the City of London Police, when she mistakenly sent a set of forged documents, linked to one of the policies, to another insurer she was also claiming from.

Over two years, Busbridge received a total of £27,913 from fraudulent claims on various income protection policies.

In March 2011 she claimed against a policy with Cardif Pinnacle, submitting forged documents saying she had left her job to become her mother’s full time carer. She received twelve monthly payments of £1,000 from the policy.

Busbridge later claimed against a policy with Allianz, which was administered by Wessex Group, and received just over £12,000.

In 2012, Busbridge claimed against another policy administered by Trent Services. But the claim was rejected because not enough time had elapsed the start of the policy.

Undetterred, Busbridge took out yet another policy, this time with Ageas, which was also administered by Trent Services. She submitted a claim against the policy in January 2013, submitting forged documents to support a story that she injured her hand and was unable to continue working as a result.

But the fraud came to light when a claim continuation form, which contained details of the claim being administered by Trent Services was emailed to Wessex Group by mistake.

“This was a despicable act by Busbridge. The fact that she set up the first income protection policy when she wasn’t even employed shows that from the outset, her intention was to make fraudulent claims,” IFED investigator Simon Styles said.

“However, it was her own greed and hubris that led to her being caught and she is now facing the consequences of her actions.”

Mihir Pandya, fraud manager, Allianz Claims, commented: “In order to protect our honest policyholders, it’s vital that we continue to combat fraud. This case shows the lengths fraudsters will go to for financial gain. We are pleased with today’s verdict and the severity of Miss Busbridge’s punishment”.