The technology is there, but it will take time before autonomous vehicles hit the roads, DAC Beachcroft LLP parter Peter Allchorne says 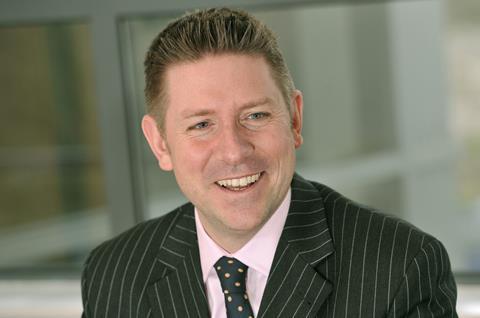 Trailed by reference to a Modern Transport Bill in the Queen’s speech in May, on 11 July the Department for Transport’s Centre for Connected & Autonomous Vehicles released a consultation paper.

The paper is seeking industry-wide stakeholder responses on proposed regulatory changes to enable the development of both advanced driver assistance systems (ADAS) and automated vehicle technologies (AVT) in a safe and proportionate manner.

Manufacturers engaged in the development of AVT have been encouraged by the UK’s balanced approach to regulation.

When it comes to the case for autonomous vehicle development, the benefits are compelling – safer roads, less congestion and cheaper fuel bills, alongside increased mobility for non-drivers.

The consultation paper acknowledges the huge potential gains which the development of AVT can deliver for the UK economy over the coming decades – the global market for Intelligent Mobility is estimated to be worth £900bn by 2025.

It also acknowledges the need to avoid putting unnecessary barriers in place that would stifle innovation and investment. In fact, the UK is already some way along the road to AVT development. Various consortia across the UK having been testing a range of technologies over the past 12 months, underpinned by a Code of Practice for safe testing.

This consultation was already trailed by Andrew Jones, the Parliamentary Under-Secretary of State for Transport, well before the EU referendum. However the plans assume new importance in the wake of Brexit: the UK is already ahead of the rest of Europe in thinking and planning in this area. AVT represents a great opportunity for inwards investment into the UK from around the world as well as from European companies.

In setting out the government’s proposals for regulatory reform and its ‘Pathway to Driverless Cars’ initiative, the consultation acknowledges that this is far from a one-step process.

But by referring to ‘regulating in waves of reform’ over the next few years, the consultation allows itself maximum agility. It also safeguards public trust and confidence in the concept of AVT as the process of evolution from semi-autonomous to fully autonomous vehicle technologies becomes reality.

The government proposes to consult again after implementation of its initial proposals. In the meantime, the paper sets out three distinct issues for consultation:

1. How a driver can come ’out of the loop for part of or all of the journey. This will involve a product liability component to be included within a standard motor policy, whilst retaining a liability component for when the vehicle is being controlled by a human driver. This will require primary legislation by amendment of the Road Traffic Act.

2. A new regulatory framework to facilitate ‘near-to-market’ ADAS technologies such as motorway assistance systems, remote control parking and basic vehicle platooning. This will require delegated legislation, by amendment of the Road Vehicle (Construction & Use) Regulations.

3. Consumer guidance on the safe operation of ADAS to mitigate against driver distractions. This will require amendment of the Highway Code.

It is the government’s intention that AVT motor insurance policies will be the same as any other motor liability policy that applies to a conventional motor vehicle, with the product liability component sitting very much in the background.

It remains to be seen precisely how the product liability aspect will operate in practice between insurer and vehicle and/or systems manufacturer. But the government has already decided that the user of the vehicle should not themselves be forced to make a recovery from the manufacturer in the event of a systems / vehicle failure that results in a collision when driving in autonomous mode.

Moreover, the user should have a direct right of recovery under their own policy in such circumstances.

Still a way to go…

Whilst the technology is already here, there are many more potholes to negotiate before fully autonomous vehicles become a reality on Britain’s roads. The transitional period is likely to a bumpy ride. Practical issues relating to the protection against (and liability in the event of) hacking and cyber-crime is just one example of that will require careful consideration by policy makers.

And although the ‘pros’ of autonomous driving far outweigh the ‘cons’, consumer confidence remains a challenge for the industry to address. Market research suggests that public confidence in AVT remains low. The recent fatal accident involving a Tesla with ADAS in autopilot mode did certainly not help.