A team of 21 brave professionals working across various areas of the insurance industry will climb the highest mountain in the Alps, Mont Blanc, later this year to raise money for the Alzheimer’s Society.

Insurtrek18 has been organised by Simon Cooter, commercial lines and high net worth director at Covea, with a host of his colleagues, rival insurers and brokers from across the industry joining him for the gruelling three-day trek up the summit.

One of these is Aston Lark CEO Peter Blanc, a self-confessed newbie to mountain climbing, whose eponymous surname has inspired his own Blanc-on-Blanc fundraising page.

He said: “I was asked by Simon Cooter about a month ago now, and as I couldn’t think of a good reason not to, so I had to say yes! The reality only set in a little while later and actually it looks like quite hard work. I’m doing it with my good friend Ian Donaldson, and he’s only used to five-star hotels, not these little dorms we’ll be staying in, so it’ll be a real shock for him!

“But I’m looking forward to it. I’m treating it as a digital detox for a couple of days. It’s going to be extremely difficult, but it’s a great bunch of people who are doing it and it’s all for a good cause. It should be challenging but good fun.”

The group are currently all in training ahead of the big trek from 16-20 September, with practice treks up Snowdon planned. The trek is organised as part of the Insurance United Against Dementia campaign, set up by QBE executive director for continental Europe Chris Wallace last year, and hopes to raise £75,000 for the Alzheimer’s Society.

Wallace’s grandmother died in 1988 due to Alzheimer’s disease, and he first approached the Alzheimer’s Society a few years ago to see if he could do anything to help the charity. His role with them has evolved and grown since then, and he said he has been delighted with the industry’s response.

He said: “Over a period working with the Alzheimer’s Society it led to being appointed on the appeals board prior to then heading up an insurance industry campaign to raise £10m over the next five years.  The response from the market has been quite astonishing seeing what a difference we are making and we have built up a strong team over the last 6-12 months.”

The campaign launched at the British Insurance Awards last year, and Wallace said that as well as the collective aim to help find a cure, that he felt a key driver among supporters had been to unite one of the world’s oldest industries for the first time.

And Blanc added: “Every year at Aston Lark we draw up a long list and ask all the staff to choose two charities to support. And for pretty much all the staff Alzheimer’s came out as the number one choice.

“There are a lot of stats out there that show virtually everybody knows someone who has been affected by dementia. It’s something that a few years ago people didn’t talk about, but today as we live longer it’s becoming much more prevalent and more of an issue. It’s just a really important cause.”

To donate to the Insurtrek18 Just Giving page visit https://www.justgiving.com/fundraising/insuretrek18 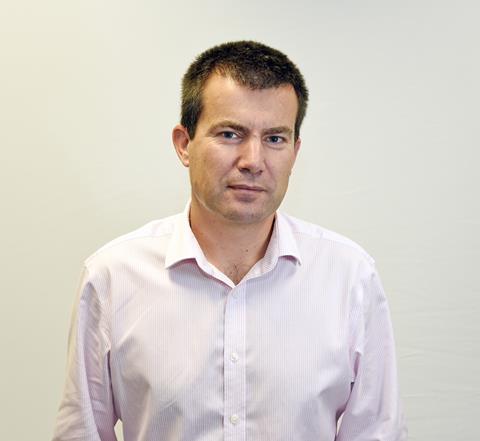