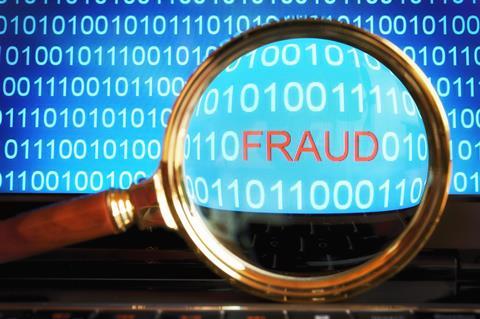 Insurers are uncovering 2,500 frauds worth £25m every week, according to figures from the ABI.

The industry body hailed the insurance industry’s crackdown on fraud as a success as it pointed to a one-third rise in the number of liability insurance frauds, such as ‘slip and trip’ claims.

And it pointed to the lengthy jail sentences fraudsters are being handed down, including a luggage cheat jailed for two years and a bogus death claim that led to a seven year jail sentence.

While the value of property frauds uncovered continued to fall - down 2% to £107m, the number of detected frauds at 27,500 rose by 7%. Opportunistic property fraud remains an ongoing threat, the ABI said.

“Insurance cheats do not lack nerve or ingenuity, which is why there will be no let-up in the industry’s commitment to protect honest customers,” said James Dalton, ABI’s director, general insurance policy.