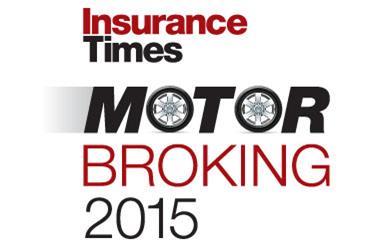 14.22: Insurance Times events editor Martin Kornacki delivers his closing remarks, ending what has been a thought provoking session on broker differentiation, and an interesting conference overall.

14.18: The channel customers use to come to you – digital or otherwise – doesn’t matter, says Biba’s Andy Thornley. What matters is serving their needs.

14.16: The industry needs to keep an eye on what is going on elsewhere, as firms from other industries will enter the insurance industry, says Fresh! Insurance’s Lisa Powis

14.04: Fresh! Insurance’s Lisa Powis says brokers could be better at explaining insurance when selling it online, and in particular to younger people.

13.57: Comparethemarket’s Simon McCulloch: The most successful brokers on price comparison sites are those that find a niche and stick to it.

13.54: A-Plan’s Carl Shuker: Price is not the be-all and end-all for customers, and they do appreciate value in terms of coverage and service. He adds that it is relatively easy to move the debate away from price, despite it being a starting point.

13.50: The final panel begins, featuring Carl Shuker, Simon McCulloch, Lisa Powis and Andy Thornley. The subject is how brokers can differentiate themselves in a digital world.

13.48: The ultimate aim of fraud prevention is not to put the fraudulent business on the books in the first place, says Julia Walker-Smith

13.46: Ghost broking is the biggest cause of concern for BGL’s Julia Walker-Smith

13.33: BGL’s Julia Walker-Smith: “You should definitely link fraud prevention with the strategic aims of your business.”

13.30: BGL’s Julia Walker-Smith takes to the stage to deliver her presentation on the broker’s role to fight fraud

12.33 Gee says there should be more conversations about types of fraud firms are seeing, better information sharing, while firms should review their fraud controls and continue to report fraud concerns to the IFB Cheatline.

12.31 How can firms help in the fight against fraud?

12.30 Following consultation with the industry on the areas the IFB should be expanding into because the industry knows fraudsters are not product loyal to motor – Stuart Gee

12.26 Gee says 25% of claimant lawyers on the Motor Insurers Database are now checking an accident over 200 days after the accident – this is the scale of the problem.

12.25 The IFB works with the National Crime Agency on information sharing around organised crime and gangs - Stuart Gee.

12.23 Gee says: “We don’t know the true value of application fraud to the insurance industry.”

12.18 ”The more we go on the internet to do everything, the more fraudsters love it,” Stuart Gee.

12.15 IFB’s Gee says the Bureau has always known that with professional enablers there will be bad apples. In the last year solicitors and medical professionals have been arrested for the parts they have played in suspicious cases.

12.08 Stuart Gee talks about the different successes the IFB and IFED have had since they were set up.

12.04 Next up is Insurance Fraud Bureau Head of Investigations Stuart Gee to give a talk on Strengthening the collective fight against fraud: an update from the IFB.

12.00 Pascoe says the industry should engage more with what is going on in legislation and government around autonomous vehicles. He adds: ”The manufacturers are there, digital providers and some insurance providers. If brokers are not there the biggest threat they will face is being on the back foot.”

11.59 Another question for the audience - Do you think the motor insurance market will shrink if driverless vehicles become the norm? 39% say no while 61% say yes.

11.50 Pascoe talks about the autonomous vehicles that are currently being tested in Milton Keynes. He says currently the technology needs human intervention not just from a safety point of view but from a legislative point of view.

11.45 Pascoe says the Connected vehicle is here and the technology is growing rapidly. He predicts that within five years all vehicles produced will be Connected.

11.41 Audience vote: In a world of autonomous vehicles, who do you think will own the insurance customer value chain? 64% say motor manufacturers, 33% say insurers, while 5% say other third parties.

11.37 Another question put to the audience to vote - Do you think autonomous vehicles spell the end of individual drivers’ liability? 89% say no, while 11% say yes.

11.33 Andy Pascoe says the industry is already adapting in some ways, such as braking mechanism, but it might be more proactive than reactive.

10.53 Brightside’s Cliff says: ”I would like to get to a stage where it is about a conversation and people doing what they have to do in a compliant way but that is probably not going to happen.”

10.50 Insurance Times editor Saxon East poses a question to the panel about scripts and its impact on customer outcomes.

10.43 Sicsic says FCA expects to publish details of its add-on consultation this quarter.

10.42 Biba corporate affairs manager Andy Thornley asks the FCA about loss ratios and how the regulator will address the issues when measuring the value measures.

10.40 Now time for some questions for the panel.

10.38 Normand says - Swinton is trying to strike the balance between giving choice to the customer to interact with the broker using whichever channel they want and ensuring the broker is compliant and maintaining the right service level across all channels.

10.34 Brightside’s Cliff talks about the recent re-platforming the broker has undergone. He says that technology is an enabler not the solution. He adds: “It enables us to have better communication with our customer.”

10.23 Brightside’s Cliff says regulation is a good thing but the issue is the ‘touch’ of the regulator. The balance the industry has struggled with is over the touch.

10.20 Swinton’s Normand says the industry needs to be more proactive and not wait for the FCA.

10.18 The mindset we have to be in is to know more than anyone else what our customer needs - Brightside’s Cliff.

10.15 bpw Insurance Services Paul Wiggins says that add-ons are not bad products but adds that the key issue is whether they are sold correctly to the right people.

10.15 Swinton’s Normand talks about changes the broker has made in relation to add-ons

10.10 FCA’s Sicsic concludes his talk by saying the market is heading in the direction and has been responsive to the changes but adds that there is still more to be done.

10.01 FCA’s Sicsic talks about what good and bad practice looks like in motor insurance.

09.59 Sicsic - ”Our focus is to make sure the products the customer buys does exactly what it says on the tin”.

09.40 Normand talks about not being ’seduced’ by the attraction of technology.

09.35 Swinton’s Normand talks about why insurance is the most important product.

09.32 Now time for the Keynote Address by Swinton Insurance chief executive Officer Gilles Normand on Reviewing the road ahead: challenges and opportunities for motor brokers.