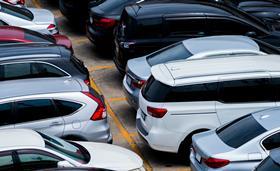 According to BI’s analysts, a toxic combination of higher used-car prices, increased third-party claims, longer repair times and costlier parts are likely to significantly boost claims costs, which, in turn, will crimp earnings.

Furthermore, the FCA’s latest general insurance pricing rules, which were implemented in January 2022 to prevent the practice of price-walking, are expected to adversely affect insurers’ profitability.

BI noted that Aviva is also expected to be similarly impacted, as the firm doesn’t split its personal lines by cover.

As a result, BI senior industry analyst Kevin Ryan said that “general insurers will attempt to push up rates – the price they charge their customers for cover”.

“It should be easy to put inflation clauses in commercial insurance so that the premiums paid adjust at year end for inflation, but domestic insurance for cars and homes is challenging.”