Biba has warned brokers to prepare for an additional Financial Services Compensation Scheme (FSCS) levy bill due to arrive in early February.

This supplementary levy is in addition to the annual FSCS levy.

Biba explained the additional levy is the result of calls on the FSCS life and pensions sub-class breaching its limit.

“This is the first time that an interim levy has been applied in this manner. This is another example of insurance brokers picking up the costs for businesses which we have no control over.

“We continue to be alive to the issues that members face with the cost of regulation and the impact this has on productivity.”

Additionally, brokers have been warned their invoice for the 2019/2020 levies, which will be finalised in April and issued in July, are expected to be higher than last year’s bill.

This is because of a change in the financial year at the FSCS – last year’s bill was for nine months only.  The bills in July will be for a full 12 months.

However, Biba did say that due to changes in the funding model that applies from the 2019/20 year, brokers could expect to see a proportionately reduced standard annual contribution.

It explained insurers will be required to contribute to the intermediary subclass for the first time from the 2019/20 year.

Pure protection intermediaries will be added to a ‘General Insurance Distribution’ sub-class, resulting in fees being spread across a wider number of firms.

Biba said there should be a saving, even where the total sub-class cost is increased.

David Sparkes, Biba head of compliance and training, added: “Increasing and additional unbudgeted FSCS bills are the last thing that brokers need during such uncertain times.

“In the past members have told us that FSCS increases have resulted in delayed or cuts to investment and a reduction in expansion plans.”

Biba is urging brokers to review budgets and prepare for the bills, which will be due within 30 days of invoice.

REVEALED: Insurers with the best and worst claims acceptance rates 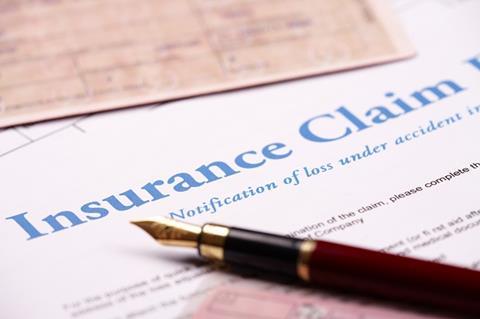