Bought by Many appoints new chair

Last year the insurtech announced its plans to expand internationally, with the first stop being Sweden

London-based insurtech Bought by Many has appointed Jim Sutcliffe as its new chair.

Sutcliffe has over 30 years of experience in the insurance and asset management industry - this includes roles as group chief executive at Old Mutual and chief executive of Prudential UK. He also has knowledge of international insurance markets.

Sutcliffe said: “I have watched Bought by Many’s success from the side lines since its launch and have been impressed with its innovative approach to creating one-of-a-kind products and its understanding of customer needs.

“I was delighted to be approached for the chair position and to join a business which is truly setting a new pace within financial services. I look forward to supporting their continued growth.”

Steven Mendel, the insurtech’s chief executive and co-founder, added: “The last three years have been hugely successful for Bought By Many. We have grown our revenue and our customer base, and now cover over 180,000 pets in the UK.

“Our success has allowed us to expand into new markets and continue to create insurance products which balance improved policy features, market leading technology and first-class customer service.

”We will build on this momentum in 2020 and continue to deliver better insurance which works for everyone. Having a board which shares our vision is key to our success and Jim brings a wealth of knowledge and experience within consumer and international markets to help steer us through the next phase of our growth.”

The appointment follows the insurtech’s growth as it launched in Sweden last July – the first territory in its international expansion. This aligned with the appointment of chief commercial officer Charlotte Halkett last year.

Since the firm’s launch in 2017, it has continued to grow its headcount across its UK sites.

Last year, Bought by Many announced that it was dropping the industry standard that included a two-week waiting period that policyholders had to adhere to before they switched providers.

Bought by Many chief executive sets sights on Sweden 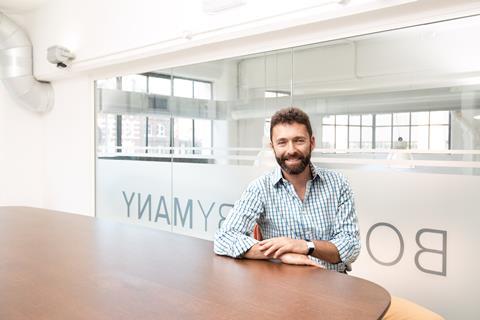