The syndicate aims to launch next year, and is backed by Brit and Google Cloud

Allan has been leading the development of Ki over the past 18 months, and will “take on this pivotal leadership role to build the business and realise the ambitious strategy for Ki”, the company said.

Allan has been group executive director of Brit since 2015, having previously served as chief regulatory officer and director of strategy.

Brit said it was currently searching for a new chief financial officer.

Allan will continue in his group executive director role at Brit.

”Mark has played a central role working with Brit’s shareholders over the last decade to deliver its strategy and has led the development of Brit’s partnership capital vehicles over the last 5 years,” Brit said.

Ki has also hired James Birch as development director and Alan Tua as portfolio director. Both will report to Allan. Birch is also head of innovation at Brit and will continue will role. Tua joins Ki from Direct Line Group, where he was head of analytics and data science. Tua will lead the development of Ki’s underwriting algorithm, Brit said.

Commenting on the new hires, Brit chief executive Matthew Wilson said: “Ki has established Brit at the forefront of innovation and has the potential to transform the Lloyd’s market and the wider insurance industry.

”Mark has played a fundamental role in the development of this vision since day one. We’re therefore delighted that he will be moving into the role of chief executive, leading the business and enabling Ki to realise its ambition to redefine commercial insurance.”

Meanwhile, Allan said Ki’s launch “marks a pivotal point in the digital transformation of our industry”.

”We have assembled a world-class team within Ki and in our partnerships with Google Cloud and UCL, and we have the full support of Brit and Lloyd’s behind the initiative.

”We have built Ki with the latest technology and a vision of providing a seamless follow capacity to our broker partners. The benefits of this transformative business model are dramatic and will enable follow business to be placed with ease. This is a true step-change for Lloyd’s.”

The launch of Ki was announced in May this year. The partnership is in collaboration with Google Cloud, and the syndicate will be launched in 2021.

It aims to redefine the commercial insurance market by cutting the time it takes for brokers to place capacity. Ki’s algorithm, which was developed with University College London, aims to evaluate Lloyd’s policies and automatically quote through a platform that will be available to brokers 24/7. 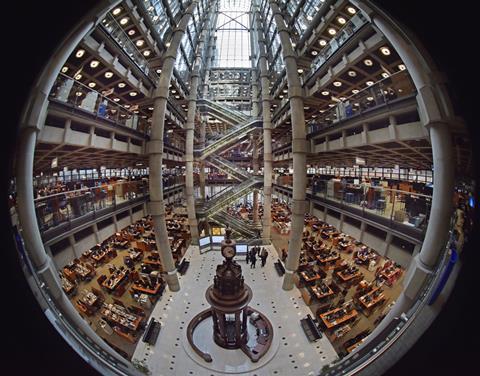