Ecclesiastical has announced a number of changes to senior management at Ansvar.

David Lane, managing director of Ecclesiastical Ireland, will take on the newly created role of executive chairman of Ansvar UK.

He joined Ecclesiastical Ireland in January 2012. Prior to this, he was managing director for Western Europe at Genworth Financial where he worked across several European markets including Ireland, UK, France, Germany and the Netherlands.

Ecclesiastical’s Sarah Cox has also been appointed as managing director of Ansvar following the retirement of Richard Lane earlier this year. She will report to newly appointed David Lane.

Ansvar, a business division of Ecclesiastical, said the changes will position the business to take advantage of any future opportunities offered by a post-Brexit world.

Commenting on her appointment, Cox said: “I’m thrilled to be joining Ansvar as an exciting new chapter opens for the business and I am very much looking forward to working with the team in Eastbourne.”

David Lane added: “Sarah’s strong relationships and in-depth understanding of the customer make her ideally placed to take on this new position. I am particularly pleased that we have been able to develop our internal talent and appoint from within the group.

“We have ambitious plans for Ansvar. These changes will enable us to build on the strengths of our business and continue to deliver the high levels of service and expertise that brokers have come to expect from the Ansvar team.”

Jacinta Whyte, deputy group chief executive, added: “We are very excited to make this announcement of the new Ansvar leadership as we look to take this business along with our other general insurance businesses forward in the next phase of our strategy.”

These changes are effective from 1 September 2019. The group said the new team will be developing a refreshed strategy for Ansvar. There are no changes to Ecclesiastical Insurance trading. 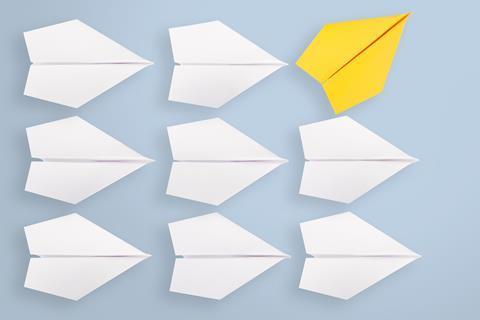