Former UK government insurance and banking sector disability and access ambassador Johnny Timpson has been recognised for his voluntary services to people with disabilities and the financial sector by being awarded an Order of the British Empire (OBE), as reported by Cover Magazine.

Timpson said he was “surprised and delighted” to be recognised in the New Year’s Honours list - he added that he was grateful to Queen Elizabeth II and all of those who nominated him. 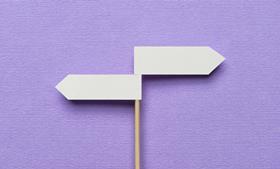 Timpson handed over the role of Cabinet Office disability and access ambassador for the insurance industry last year.

Timpson also left life and pension provider Scottish Widows after a 30 year tenure last April. For his last six years of service, he worked as head of financial protection, technical and industry affairs.

However, Timpson has remained active within the protection and insurance sector as an independent consultant for a range of groups advocating issues such as bereavement, inclusivity and consumer fairness.

He said that his focus is on “improving consumer access, inclusion, vulnerable customer support, resilience, value and outcomes”.

Timpson chaired the Protection Access to Insurance Steering Group in his role as Cabinet Office disability champion – in which Biba participated on the signposting workstream. This is now chaired by Peter Hamilton, head of market engagement in the UK at insurer Zurich.

Timpson joined the Biba  Access to Insurance Committee once the initial work on the signposting workstream was complete.

On behalf of @BIBAbroker and our Board, many congratulations on this thoroughly deserved award and recognition.

He also supports the University of Edinburgh Business School’s Supporting Healthy Ageing In The Workplace and International Longevity Centre Dementia programmes, the Institute and Faculty of Actuaries Mental Health Working Group and industry resource hub the Group for Autism, Insurance and Neurodiversity (GAIN).