The regulator’s chief executive says the FCA is ’committed to being more innovative, assertive and adaptive’

The FCA has called for an extension to the Online Safety Bill (OSB), to include paid-for advertising and user-generated content from internet-based companies.

The regulator’s latest annual Perimeter Report, published 21 October 2021, urged legislative changes to be made that are beyond its remit. 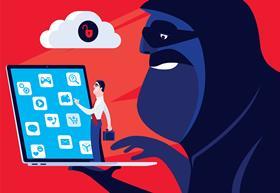 It stated that the OSB should also designate content relating to fraud offences as “priority” illegal content that requires monitoring and preventative action by platforms.

The report is published as part of the regulator’s accountability to parliament, to support regular dialogue with the government on the country’s regulatory regime.

Nikhil Rathi, the FCA’s chief executive, said: “The annual Perimeter Report is an important part of our accountability to parliament, particularly the Treasury Committee. The FCA is committed to being more innovative, assertive and adaptive.

“That means being more proactive at the limits of our regulation, working with partners and other agencies where we don’t have powers and setting out where we believe more powers are necessary.”

The FCA has also called for amendments to the Financial Promotions Order, as current exemptions to the order mean more ordinary investors are at risk of receiving financial promotions, including for high risk products that don’t have to comply with the FCA’s rules.

Other areas where legislative change is needed, according to the FCA, include extending the Senior Managers and Certification Regime (SMCR) to payment and e-money firms.

Rathi added: “We see real risks to consumers from outside our remit, from both online advertising and from those using exemptions to sell products to ordinary customers. Change is needed and we will continue to push for powers where we need them.”

The report highlighted where the FCA is working with other agencies to prevent harm when issues fall outside its perimeter.

The FCA remit, or perimeter, determines which activities require the regulator’s authorisation and what level of protection consumers can expect for the financial services and products they purchase.

The perimeter is decided by the government and parliament through legislation.

The report forms the basis of a formal discussion between Rathi and the economic secretary to the Treasury before the end of the year - the minutes of this meeting will be published.

The FCA currently works with law enforcement agencies, like the Serious Fraud Office, the National Crime Agency and the National Economic Crime Centre.

Since last year’s perimeter report, progress has been made on bringing funeral plans and unregulated ’buy now, pay later’ schemes under the FCA’s regulation.