Goldman Sachs has completed its deal to become the new majority owner of Aston Lark.

Agreement was reached for the Goldman Sachs Merchant Banking Division to buy out Bowmark Capital in May, with the price understood to be in the region of £300m-£350m.

Bowmark, which was the original private equity firm behind the 2015 management buyout of Aston Scott and the subsequent merger with Lark to form Aston Lark in 2017, has also reinvested in the company.

Aston Lark chief executive Peter Blanc told Insurance Times at the start of the year he wanted new private equity investment to fund bigger deals. He had suggested a new backer could invest alongside Bowmark or replace them.

Speaking on completion of Goldman Sachs deal today, Blanc said: “We’re thrilled to have completed this investment which will help us to continue our independent growth journey over the coming years.

“It’s also a great vote of confidence in our team to have Bowmark Capital reinvesting alongside Goldman Sachs.

“We remain very keen to talk to like-minded brokers seeking an independent future with a broker that truly cares about its clients and staff.

“Our ambition for the business is very exciting and I’d just like to express my sincere thanks to all of our fantastic staff who make everything happen.”

Peter Blanc: No limit to size of acquisitions with Goldman Sachs backing 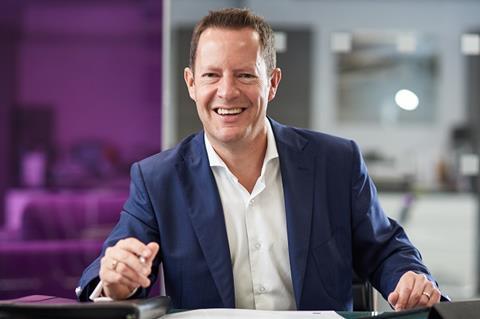