Hotel owner claimed disability benefits as well as income protection from Aviva, saying he couldn’t work due to depression

A fraudster who successfully claimed £34,483 in disability benefits while he continued to work different jobs, including most recently as an award-winning hotel owner, has been sentenced.

Richard Moore, 33, of Bury, Greater Manchester, was sentenced  yesterday (20 May) after previously pleading guilty to one count of fraud by false representation in February this year.

After a referral by Aviva, the City of London Police’s Insurance Fraud Enforcement Department (IFED) led the criminal investigation.

Moore had taken out an income protection policy with Aviva in 2008, and IFED found that he had started claiming benefits in November 2013, after he reportedly became depressed and anxious and subsequently stopped working.

A year later, Moore began working again but failed to notify Aviva. Then, across a three year period, Moore worked at three other companies, still failing to tell his insurer.

In 2017, Aviva conducted a health review, to which Moore continued his lie by saying he had not worked since first becoming incapacitated. He even claimed his condition was getting worse.

After his health review, Aviva launched an internal investigation into Moore.

The insurer uncovered evidence, including several regional news articles, which suggested Moore was the managing director/owner of a hotel in Walshaw, Bury.

On top of this, Aviva carried out two days of surveillance on Moore, which proved that he was indeed working at the hotel.

Moore was sentenced to 14 months in prison, suspended for 18 months, at Manchester Crown Court (Minshull Street). He was also given 100 hours community service and a 15 day rehabilitation course.

In total, Moore claimed £46,326 of benefit payments, of which £34,483 was paid to him while he was working. If Moore had continued to receive these payments, which were due to last until 2050, he would have fraudulently benefited to the sum of £413,000.

Detective constable Kevin Carter, who led the investigation for IFED, said: “Moore took full advantage of the financial support provided to him by his income protection insurance policy from Aviva. He worked multiple jobs across several years, without ever notifying his insurer, and was even brazen enough to take ownership of a hotel and pose for pictures with awards for the regional press.

“It’s clear that Moore had no intention of stopping, and would’ve gone on to fraudulently claim an even greater sum of money, if not for the Insurance Fraud Enforcement Department’s joint investigation with Aviva, which exposed his lies and ensured he was brought to justice.”

“You will be caught and prosecuted”

Jacqueline Kerwood, governance and philosophy manager for individual protection claims at Aviva, said: “We are pleased with today’s sentencing, which highlights the severity of Mr Moore’s actions in deceiving Aviva in an attempt to claim more than £400,000.

“Aviva soon realised Mr Moore had not been forthcoming with his various jobs, and our investigation and referral to IFED brought an end to his audacious scam.

“Today’s sentencing makes the point that insurance fraud is a crime and if you commit insurance fraud, it is very likely you will be caught and prosecuted – as Mr Moore has learned the hard way.

“Aviva has a zero-tolerance approach to fraud and will investigate and bring to justice those who attempt to defraud Aviva and our customers. These bogus claims put pressure on premiums for honest customers who rely on the safety net that protection policies provide.” 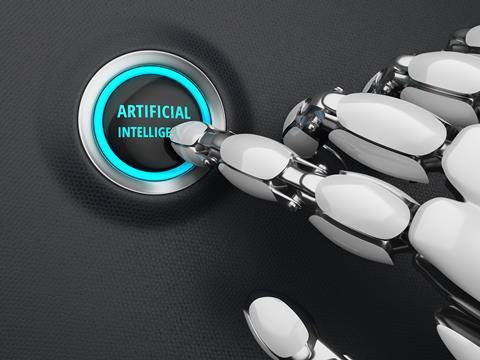