To provide the confidence and security to restart live music events this summer, the insurance and music sectors believe the government must ‘bridge the gap for coronavirus cancellation insurance’

Calls have been made for the creation of a government-backed insurance scheme that will allow live music to resume in the UK this summer.

Broker Tysers is working with with live music industry umbrella organisation LIVE and others across the insurance industry to urge the government to find a solution to the lack of commercial Covid-19 cover for this sector.

The move has received the backing of some of the UK’s most legendary performers, who are calling on the UK government to commit to underwrite cancellation costs of events, such as music festivals and tours, to enable the restart of the live entertainment sector from this summer.

Industry experts said Britain’s live music and events industry can get back to work tomorrow without the government spending one pound – as long as the government pledges to meet costs arising from any future cancellations caused by Covid-19.

They added that by making this promise, HM Treasury can bridge the gap for coronavirus cancellation insurance and support the UK’s live entertainment industries. 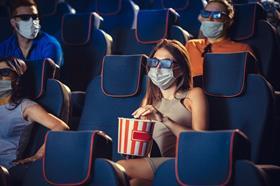 Last week, the government published its road map out of lockdown, but despite the announcement, coverage against Covid-19 is scarce in some commercial insurance lines.

LIVE said this can only be remedied by the government acting as a backstop to give event organisers the confidence they need to start booking venues and working with suppliers.

The call for action came as results from a YouGov survey showed that half of the UK population want to go to a live event this summer, while 75% believe live events are critical to British culture.

Whilst recent news of mass ticket purchasing following the road map announcement is positive, it makes it even more critical for a government-backed insurance scheme to be in place to safeguard the industry.

Tim Thornhill, director of Tysers’ entertainment and sport division, explained: “The government has successfully created a scheme that has enabled the film and television industries to get back to work. Now they need to do the same for the live events industry.

“But the window of opportunity for this summer will slam shut very shortly. The government needs to act now.

“The live events industry is a massive employer and a significant generator of economic activity. Music alone employs over 200,000 people, with music tourism contributing £4.7bn to the UK economy.

“The new YouGov survey shows that demand is there – they will buy tickets and spend on accommodation, food and drink. The government can unlock this boost to the economy at no cost to themselves, just a commitment to help underwrite the cost of cancellations should they occur.”

The industry’s call for action supports the letter to Rishi Sunak, Chancellor of the Exchequer, from Julian Knight, chair of the DCMS Select Committee, which warned that festival organisers and investors are unable to risk repeating the losses sustained in 2020 unless the cost of events can be insured against cancellation.

Greg Parmley, chief executive of LIVE, added: “Governments in Germany, Austria, Norway, the Netherlands and elsewhere are already backing schemes to allow production companies and their staff to plan for a safe return to live events.

“The UK roll out of the vaccine is cause for optimism in creating events that are safe, but the industry will be significantly hampered without Covid event cancellation insurance.”