New RSA boss Scott Egan is making restoring the UK book to underwriting profit is to be a priority this year.

The insurer today reported an UK and International underwriting loss of £43m, having last year made an £82m loss in the division.

Egan told Insurance Times actions taken already to exit swathes of the its London market book would have a strong impact on next year - when the exited business lines are excluded, he said the combined operating ratio for 2018 improved by four percentage points to 99.4%.

Egan said: “We’ve taken significant steps to reshape our S&W book, focusing on where were have differentiating expertise and can price accordingly. We’ve reduced our London market business by 50%.

“We’ve also exited from domestic MGA schemes that hampered our 2017 and 2018 result.”

But he added that the group would not be complacent and conceded there was more work to do to bring the insurer up to where it wants to be.

Having moved up from chief financial officer to replace Steve Lewis in the top job for the UK & International division, Egan confirmed he was taking time to review the business before deciding on what actions to take.

But he highlighted that a stronger performance would not be solely about exiting poor-performing lines of business.

Egan said: “We continue to be disciplined on rate across all classes of business, leading the market where necessary to give us the security that we’re writing business at the right price.

“Underpinning all this, our investments in customer, underwriting and pricing and claims capabilities continue. These underlying improvements will have the most impact in setting us up for long term success.” 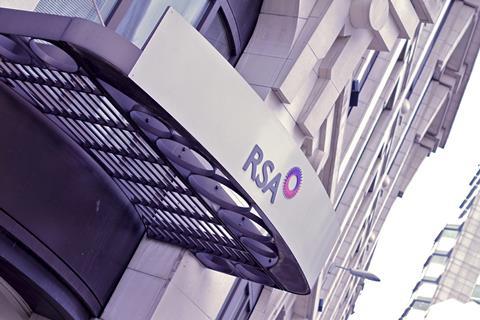