Hiscox will continue to provide capacity for the business, alongside Talbot and AXA XL

The deal, which was completed on 30 December 2020 via an asset purchase, will see HMM become part of Millstream Underwriting – a Nexus Group company that specialises in consumer insurance.

HMM underwrites yachts and the marine trades industry. Originally established in 2012, the business was acquired by Hiscox back in 2015.

Miller, who has more than 35 years of experience in the yacht market, will continue to be supported by colleagues Dan Shacklock, Steven Baker, Charlotte Lovett and Karen Weston. 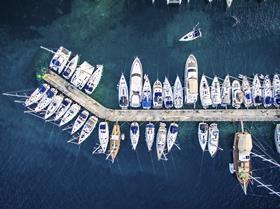 For Colin Thompson, founder and group chief executive of Nexus Group, the HMM acquisition is a clear signal of the direction of travel for the MGA.

He explained: “The completion of this deal marks Nexus’s 18th acquisition since its inception and is a fantastic way to close out 2020.

“As we look to grow from a $500m GWP MGA today towards a $1bn GWP MGA in 2023, this is exactly the sort of sizeable specialty business with significant underwriting pedigree that we will be looking to partner with moving forwards.”

“Following the very successful acquisition of Hiscox Global Flying in December 2018, it’s been a pleasure to work again with Hiscox. The opportunity to bring in a talented team with an established business and a leading position within its market is everything that we are about,” he continued.

“I look forward to working with the team to further develop the business, whilst maintaining a strong focus on continuing its impressive track record of producing profitable underwriting results for our capacity partners.

“The business will fit seamlessly into Millstream where there will be a number of complementary growth and cross selling opportunities to explore.”

Miller, director of marine underwriting at HMM, added: “As a team, we have enjoyed some great successes during our five years at Hiscox and we are looking forward to creating more opportunities as part of Nexus.”