The new banking facility will be utilised in two ways: 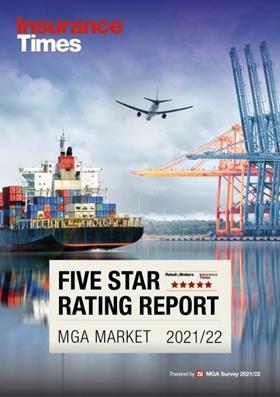 Barings is an international investment management firm, with more than $382bn of assets under management, over 2,000 staff and offices in 16 countries.

The £4m owed to BP Marsh and Partners has been paid more than two years earlier than expected - the loan facility was originally due to be repaid by 8 January 2024.

Dan Topping, chief investment officer at BP Marsh and Partners, said: “With this successful debt raising, Nexus is well set for its next phase of transformational growth, taking the business to $1bn (£734m) of gross written premium (GWP) income. We are looking forward to working with [the MGA] to further deliver significant equity value uplift.”

When Nexus raised these facilities with HPS and BP Marsh in 2017, Nexus’ earnings before interest, taxes, depreciation, and amortisation (ebitda) was £5m and the equity value of its business was £75m.

Therefore, for 2021, Nexus is forecasting its underlying ebitda at £19m and has an internal equity value of £238m.

Since 2017, Nexus’ underlying ebitda has increased 3.4 times, while the equity value has grown 3.1 times.

Alongside the fundraising, BP Marsh has acquired a further 100,000 shares in Nexus for £4m from Ian Whistondale, who is a founding, non-management shareholder. This equates to a 2.49% shareholding in Nexus.

Following this share purchase, BP Marsh’s fully diluted shareholding in Nexus has increased to 19.18%, making it the largest individual shareholder in the business. Nexus’ management and employees continue to own over 50% of the business.

Topping added: “The group first acquired a 5% in shareholding in Nexus in 2014, seeing this as a unique opportunity to structure a transaction whereby we would not only be able to increase our shareholding to our more usual percentage, but also to support and assist the management team at Nexus to grow the business significantly.

“As evidenced by their performance, management have achieved a tremendous amount and a considerable ongoing return for the company.”