REVEALED: Insurance brokers and insurers with the most complaints

Analysis of FCA complaints data for the second half of 2018 has revealed Carrot to be the broker to have received the greatest number of complaints proportionate to the company’s size.

Carrot received 47.83 insurance complaints per 1,000 policies sold, ahead of Animal Friends Insurance in second with 20.65 complaints and Hastings with 19.39.

Carrot uses telematics data to offer rewards for good driving. It put its high number of complaints down to its strict approach on poor driving, but said this attitude was reducing accidents.

“Intervention generates complaints because people don’t agree that they are driving poorly, but our data shows that it has a positive outcome because intervention significantly reduces accident frequency and hence the number of young people injured in accidents.

“The data also shows that a higher than average number of complaints against us are not upheld. Complaint statistics are an important yardstick but to get the whole picture it’s important to differentiate between insurance providers with different customer profiles.”

Carrot had 41.6% of complaints upheld, with the average per individual firm at 50.6%. How this compared against other brokers and insurers can be found in the wider Insurance Times analysis.

British Gas Insurance had the highest number of complaints for insurance providers, with 13.69 complaints per thousand policies in force.

Telefonica Insurance was second with 13.2 complaints per thousand policies in force, followed by iGO4, at 11.13.

Similar to Carrot, Matt Munro, chief executive of iGO4, said being a telematics provider can lead to more complaints, as the model punishes those with poorer driving styles.

But he highlighted that for the majority of good drivers a telematics policy is a great option to take up.

He said: “As iGO4 is a leading provider of telematics insurance products, this does affect the make-up of our customer base.

“Importantly, telematics works for the vast majority of our customers: in fact 60% of customers who buy our WiseDriving product (where we re-rate monthly) receive discounts through the policy year rewarding good driving.”

The individual performance of the 50 insurance providers listed and 24 intermediaries listed among FCA insurance complaints data can be found in the wider Insurance Times analysis here.

This includes data from individual firms that have reported 500 or more complaints in a six month period, or 1,000 or more in a year (approximately 290 firms). 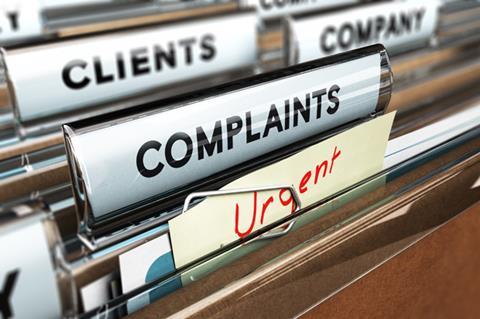