Insurance intermediary business The Ardonagh Group has reported a loss of £41.3m for the first half of 2021 – an improvement on the £94.1m loss it recorded at the end of 2020’s first half, following the onset of the coronavirus pandemic.

According to the broker, the “main contributors” for this loss reduction include “the improvement in the operating result of £18.6m, a reduction in financing costs of £29.1m following the re-financing in 2020 and an increase in the tax credit of £3.2m”.

These numbers form part of Ardonagh’s 2021 half year financial results, which were published this morning (19 August 2021) and include acquisitions and disposals.

Also within its half year report, the broker reported adjusted earnings before interest, taxes, depreciation, and amortisation (EBITDA) of £153.3m for the first half of 2021, demonstrating a 53.4% improvement on its 2020 H1 figure (£99.9m).

The business believes these financial improvements were “underpinned by 10% organic income growth in the quarter and strong M&A momentum, in particular for the Ardonagh Specialty and International platforms”.

Despite this, the firm added that it has “strong cash flow” because “operating cash conversion for the last 12 months was maintained at 97%”. 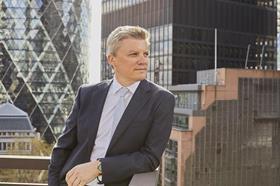 Speaking on these results, Ardonagh chief executive David Ross said: “This is an exceptionally strong set of results as the business and our clients rebound from the economic impacts of Covid-19 with vigour and confidence. It reflects the dedication of our 7,000 plus people and the delivery of our strategy from the leadership teams across all operating segments.

“The first half of the year marked significant international expansion with the launch of Ardonagh Global Partners and Ardonagh Europe forming our new International platform and we were pleased to welcome new colleagues from Australia, Ireland, Germany, Chile, Bermuda and the United States as well as the UK.

“Our substantial investment in data and technology across the group culminated with the launch of a Global Data and Risk Management Centre in July 2021, which will industrialise and optimise data collection and analytics across the group to the benefit of clients, carriers and colleagues.

“In Specialty, we announced an agreement to acquire the insurance operations of BGC Partners, a transformational acquisition and our largest to date.

“Upon completion of this acquisition, Ardonagh Specialty will become the largest privately owned London wholesale broker placing over $5bn of insurance premium annually, providing a natural alternative for clients and producers who value both independence and scale.

“We also launched Inver Re, a new reinsurance broker, which will harness the scale and reach of the group and use sophisticated data science to provide new levels of risk insight and analysis.

“We enter the remainder of the year with unparalleled breadth and diversity – a leader in each of the sectors in which we operate and a phenomenal platform for growth, with the virtuous circles of operational, organic and inorganic excellence at the heart of the business.”

Alongside its headline financial figures, Ardonagh has also today confirmed “that its existing shareholders have subscribed for £350m of additional equity, combined with a £550m additional committed Capex, Acquisition and Reorganisation Facility, backed by existing lenders”.

The half year report further detailed: “On 17 August, an additional Capex, Acquisition and Reorganisation facility (CAR upsize) of circa £550m (drawable in sterling, euros or USD) was agreed with the lenders of the group’s privately placed term loan facility due 2026.”

Ardonagh plans to use this “combined funding” to “continue executing its M&A and investment strategy at pace both in the UK and internationally”.

Ross added: “The further firepower provided by our investors is a ringing endorsement of all we have built and a strong vote of confidence in the future trajectory of our group and the remarkable people behind it.”

The Ardonagh Group comprises of: