Despite making the process ‘much clearer’ for whiplash-related claims, Direct Line’s managing director for claims thinks the delayed whiplash reform could impact the broader motor insurance supply chain or other variants of personal injury claims

Direct Line Group’s managing director for claims Jessie Burrows has warned that the upcoming implementation of the delayed whiplash reform could push claims to “appear in other guises” as claims management companies hunt for fresh opportunities for their clients to submit non-whiplash, motor-related claims.

Burrows is referring to Part one of the Civil Liability Act, known colloquially as ’the whiplash reform’, which has been spearheaded by the insurance sector to create a simpler, frictionless personal injury claims process.

(If you’re already a subscriber, please sign in here.)

This article is usually available exclusively to subscribers. 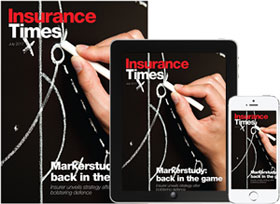 For a limited period, you can enjoy all the benefits of an online subscription free for 14 days. Sign up now to read this article in full and to enjoy unlimited access to premium online content, a digital edition of the latest issue, plus an online archive of back issues.

Also, as a registered user, you will be able to -