Insurer Admiral has secured a legal victory over a 44-year-old window cleaner, who admitted to lying about the extent of his injuries following a road traffic accident in 2016.

After being hit by a car in February 2016, Peterborough-based window cleaner Simon McPherson alleged he could no longer climb a ladder or drive long distances.

Admiral accepted liability for the accident on behalf of its policyholder, offering damages up to £100,000 pending further medical evidence. It made numerous interim payments to McPherson in order to facilitate rehabilitation, however the window cleaner rejected the insurer’s payout offer pertaining to his injuries.

At this point, Admiral became suspicious of how McPherson was presenting his injuries, so the insurer partnered with law firm DAC Beachcroft’s complex loss and motor fraud teams to conduct a fuller investigation as well as issue surveillance.

Upon being presented with this evidence, Admiral invited McPherson to discontinue his claim, however he rejected this and the case continued to a trial.

The hybrid trial, McPherson v EUI Ltd t/a Admiral & Other, was heard at Cambridge County Court on 28 September 2020. The counsel, claimant and some witnesses attended in person, while the experts, defence lawyers and Admiral attended remotely.

The court dismissed the claim after McPherson admitted to fundamental dishonesty in court, according to DAC Beachcroft – the judge emphasised that compensation was not to be seen as an “open lottery ticket”.

McPherson avoided criminal proceedings as the judge opted to not refer the case any further.

Speaking on the case, Stuart Cook, head of technical claims at Admiral, said: “We’re fully committed to paying out on genuine injury claims quickly and fairly. We will, however, take a dim view and robust stance when presented with claims where there is dishonest behaviour.

“The consequences for those choosing to engage in this activity has serious and wide-ranging consequences and costs the industry millions of pounds each year.

“In partnership with our legal teams we will exercise the law to its full extent to help us defend these claims and discourage fraudulent and dishonest claimants.”

Georgia Court, partner at DAC Beachcroft, added: “By working with us to defend these claims, we will run matters to trial where necessary rather than pay dishonest claimants. We are grateful to the judge for facilitating the matter to proceed on a hybrid basis, allowing some of the experts, witnesses and defence team to attend remotely.” 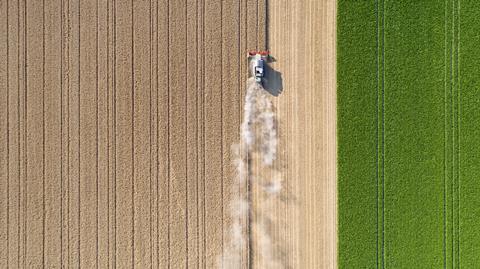