Having fully taken the helm at Perkins Slade this year, Nick Tamblyn is keen to show both his mettle and the broker’s 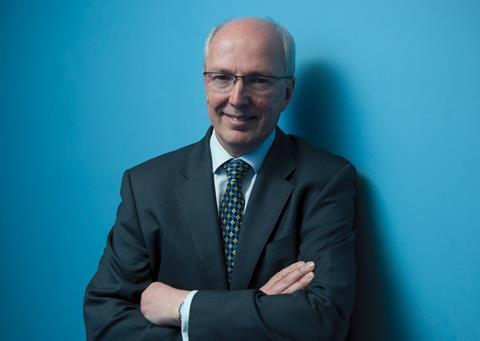 It’s an old adage that bad news comes in threes, something that Perkins Slade chief executive Nick Tamblyn can certainly relate to as he remembers how the recession hit Birmingham and the West Midlands.

“Three years ago, I remember three big businesses, all in the manufacturing sector, announcing they had gone into administrative receivership on the same day. What really hurt was that they were all clients of ours.”

It’s not an easy time to be at the helm of an insurance broker, but Tamblyn talks with gritty determination in his first in-depth interview with Insurance Times about his plans to steer the business through these tough economic times.

Rising to the top

He is keen to start off with the broker’s most recent announcement: a restructure of the management team in January. Tamblyn moved up from managing director to chief executive, allowing him to take a more strategic role overseeing the business. A big part of the day-to-day running of the firm will be left to managing directors Darren Rowe and Richard Doubleday, who will head up the two largest areas of Perkins Slade’s business: corporate commercial and sports, respectively.

Rowe and Doubleday’s appointments follow on from a November announcement that there would be roles for a broker director, IT and finance director, and client service director.

I like to see internal promotion, as well as bringing in external people from time to time”

Tamblyn says the overall changes brought all of Perkins Slade’s niches together in the boardroom for the first time. “What I like is that I’ve got people who have ownership of all of those areas in the executive team,” he says. “Whether they are an associate director or a director, I like to see internal promotion, as well as bringing in external people from time to time.”

Speaking of external people, what does Darren Rowe bring to the table? Previously sales and marketing director at Power­Place, he left the business at the end of last year. “The corporate team had good individuals, but we needed more leadership,” Tamblyn says. “Darren brings a real sales and development focus.”

The public face of Perkins Slade has traditionally been David Slade, who founded the business in 1970 with David Perkins. Slade moved from chief executive to non-executive chairman in 2008, paving the way for Tamblyn to step up from finance director to take over the running of the company as managing director.

Slade, who still retains an equal 13% stake of ordinary shares in the Perkins Slade holding company along with chairman Ron Forrest, has played a key role in guiding Tamblyn over the last three years. Tamblyn says Slade is still active in helping the company. “He is now becoming a true non-executive: receiving information, attending board meetings and not being in the office on a day-to-day basis. But he is hugely supportive of the management changes and hugely supportive of me,” he says.

Tamblyn says Perkins Slade staff also support him as leader, in part because he backs an employee ownership model for the broker. Around half of Perkins Slade’s shares are held by the staff or share trusts, and Tamblyn is only ever allowed to own 10%.

While Tamblyn jokes that he’d love to own more than 10% of the firm, he thinks that having employees own stakes in the business leads to greater loyalty. “When clients are dealing with us, they aren’t just dealing with an employee, they are dealing with an owner of the business, and that creates a slightly different culture. I’ve always admired that structure, and thought that the broking profession should be similar.”

He clearly enjoys leading Perkins Slade, but things could have been very different if the broker had sold to Oval in 2008. Tamblyn, who was finance director at the time, says that Oval was prepared to pay “well above” the underlying value of Perkins Slade and that the executive board at the time thought the timing and the price was right. The deal fell through when Oval put its acquisitions on hold as the recession began to bite.

So does he have any regrets that the deal never came off? “Personally, none whatsoever,” he says calmly. “I’ve had the chance to be chief executive of the business and I’m passionate about it. If you’ve been consolidated, then it’s a bit like second prize. You’re good enough that someone wants to buy you, but not quite good enough to demonstrate how you would deliver superior returns on your own basis. By my nature I’m competitive and I like to win. I think that’s the Perkins Slade mentality.”

He says that Perkins Slade could still consider selling but the price would need to be right and the decision would need to have the support of the staff. Perkins Slade is not known as an acquisitive business, but that seems to be more down to circumstance than planning, as Tamblyn says he does run the slide rule over other brokers from time to time. And he thinks brokers are still asking too much for their businesses.

I’m competitive and I like to win. I think that’s the Perkins Slade mentality”

Tamblyn smiles when asked how local businesses are doing today, saying that, despite high unemployment and vacant shops, the mood among regional firms is better now than in 2008, and adds that manufacturing is starting to return to the area. The future looks promising for Perkins Slade and other independent brokers in the area. He says more insurers have been paying attention to the regions, with some setting up shop in Birmingham. As if on cue, a group of Zurich staff walk past Tamblyn’s office.

“It’s easy enough for broking managers to go and meet insurers, but it’s good when you get the insurers in the offices,” Tamblyn says, nodding at the departing Zurich staff.

Things might not be back to the glory days, but with clear leadership, a pick-up in the regional economy and insurers falling back in love with independent brokers, Perkins Slade is turning a corner.

Born: 1957
Hometown: London and Doncaster
Family: Married with two daughters
Interests: Squash, golf, walking
In his own words: ‘I’ve had the chance to be chief executive of the business and I’m passionate about it’