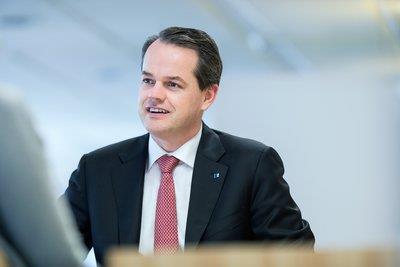 Aviva chief financial officer Tom Stoppard has said he could not predict if the insurer would need to strengthen reserves in the future.

Speaking after the announcement of the insurer’s financial results today, Stoppard said: “We have a very tight reserving standard, and where the reserves are adequate, improving on that basis.

The insurer reported today that its commercial lines underwriting profit was £103m in 2014, compared with a £44m loss in 2013, mainly because the 2013 result was hit by reserve strengthening that did not recur in 2014.

When asked about how confident he was the reserve strengthening of 2013 would not recur Stoppard added: “We cannot predict the future, so if events change, we will continue to look at that in both directions.”

UK and Ireland general insurance chief executive Maurice Tulloch also hailed the improved underwriting profit which jumped by 70% in 2014, but added that more work needed to be done.

Over the last 18 months he said the insurer had strengthened its pricing capabilities around personal and commercial lines and made improvements to its claims functions, with regards to the level of customer satisfaction and identification of fraud.

Tulloch added:  “There are a number of headwinds and tailwinds. We still have softening rates across a number of areas. We don’t build a business to deliver results in a singular year.

“I am never satisfied. Underwriting result up 70% was a good start. I want to the get the top line [up]. The top line is starting to improve and that is based on the strength of our brand.”

Tulloch refused to be drawn in on whether the insurer would make any further selected exits in some lines of the commercial business, declining to comment on where the insurer would be “dialling up or dialling down”.

He added: “We look at our business across a number of sectors, we look at technical price and if with a segment, such as subsets of commercial motor in 2014, we don’t believe we can make a return, we won’t deploy our capital to that segment.”