Arron Banks has lost the defamation claim that he filed against freelance investigative journalist Carole Cadwalladr in which it was alleged that she caused “serious harm” to his reputation. 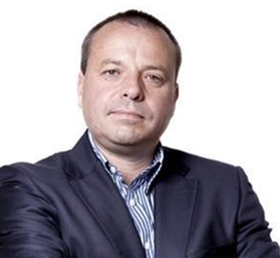 The written judgment was handed down on 13 June 2022 following a five-day hearing in the High Court back in January – Cadwalladr succeeded in establishing a public interest defence under section four of the Defamation Act.

A public interest defence means that a defendant can legally justify information being published because it was in the public interest. Initially, Cadwalladr opted for a truth defence, but this was withdrawn.

Banks is widely known for founding the Leave EU campaign and donated £9m towards Brexit campaigns in 2016.

In February 2019 Banks-owned Eldon Insurance and the Leave EU campaign were fined £120,000 by the Information Commissioners Office (ICO) for distributing unsolicited marketing emails to subscribers without proper consent.

In September 2019, the NCA dropped its investigations into Banks and the Leave EU campaign.

As reported in BBC News, Banks accused Cadwalladr of defamation in a June 2019 Ted Talk video entitled Facebook’s Role in Brexit – and the Threat to Democracy about the Brexit campaign.

Following the judgment, Cadwalladr said on Twitter: “It hasn’t sunk in yet but… some news. I am so profoundly grateful and relieved. Thank you to the judge, my stellar legal team and the 29,000 people who contributed to my legal defence fund. I literally couldn’t have done it without you.”

The case in question has been ongoing for nearly three years – it concerned a Ted Talk given by Cadwalladr in which she examined Banks’s involvement, as well as that of Cambridge Analytica and Facebook, in the “super close” 2016 Brexit vote to leave the European Union (EU).

In the Ted Talk, Cadwalladr named Banks as a funder of the leave campaign. She said: “In a completely separate case, he [Banks] has been referred to our National Crime Agency (NCA), our equivalent of the FBI, because our electoral commission has concluded that they don’t know where his money came from. Or if it was even British.

“And I am not even going to get into the lies that Arron Banks has told about his covert relationship with the Russian government”.

A key question raised in the judgment was why Cadwalladr had been personally targeted with a defamation case over a tweet and a Ted Talk, when Banks was widely known for his involvement in Leave EU.

Banks also accused Cadwalladr of defamation in a tweet related to her Ted Talk.

According to the judgement, the single meaning of Cadwalladr’s words was that: “On more than one occasion Mr Banks told untruths about a secret relationship he had with the Russian government in relation to acceptance of foreign funding of electoral campaigns in breach of the law on such funding.”

Cadwalladr said that this allegation was unintended and untrue.

In the judgment, Justice Steyn ruled that the threshold for “serious harm” had only been met in the Ted Talk and not the tweet.

However, Steyn accepted Cadwalladr’s public interest justification. He said: “I accept the Ted Talk was political expression of high importance and great public interest (in the strictest sense), not only in this country but worldwide”

The talk itself has been viewed more than a million times since it was published online, the court said that it has caused “serious harm” to Banks’ reputation.