Aviva’s chief executive Amanda Blanc has opened up on LinkedIn about the sexism she has experienced in the insurance industry, saying it got worse the more senior she became.

It follows last week’s annual general meeting (AGM), during which Blanc and other female board members were subjected to sexist remarks.

As reported in the FT, Aviva chair George Culmer said he was “flabbergasted” by the “inappropriate” comments made by individual shareholders. 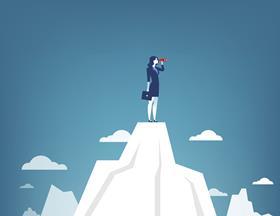 Read more…‘Diversity is hard’ – where are broking’s senior female leaders?

Two shareholders criticised Blanc, who joined Aviva in 2020 as its first female head. One ordinary investor said she was “not the man for the job” while another asked whether she should be “wearing trousers”, as he referenced Blanc’s predecessors.

A third shareholder congratulated the board on its board diversity, adding the female board members ”are so good at basic housekeeping activities, I’m sure this will be reflected in the direction of the board in future”.

Blanc received a wave of support and condemnation over the inappropriate behaviour after it was called out by Culmer and widely reported in the media. She responded on LinkedIn, thanking individuals for their support and kindness, but noting the industry still has a long way to go.

“In all honesty, after 30 plus years in financial services I am pretty used to sexist and derogatory comments like those in the AGM yesterday,” she posted.

“I would like to tell you that things have got better in recent years, but it’s fair to say that it has actually increased - the more senior the role I have taken, the more overt the unacceptable behaviour.

”The surprising thing is that this type of stuff used to be said in private, perhaps from the safety of four walls inside an office - the fact that people are now making these comments in a public AGM is a new development for me personally.

”I can only hope that initiatives seeking gender equality, like #womeninfinance and others, can slowly eradicate this type of occurrence for the next generation - but in truth that seems a long way off, even with the help of some fantastically supportive men who speak out on the issue.” 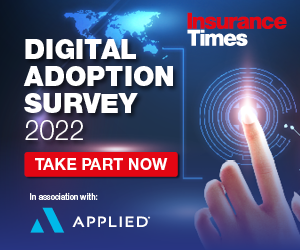 Take part in the 2022 Digital Adoption Survey and receive your own report when the results come out!