Claims costs for the theft of tools from vans have increased by more than half (55%) in the past year.

This is according to analysis by ECIC – a specialist insurer for the building services sector.

It found that the average theft of a tools claim reached £2,685 and the ECIC is therefore urging contractors to keep tools locked away securely.

Ian Hollingworth technical claims and relationship manager at ECIC, said: “The increase of van thefts is widely recognised but showing no signs of abating. It is hugely disruptive to contractors, impacting work commitments, and insurance costs.

“At ECIC we always find ways to pay claims, but some contractors may find themselves facing an uphill battle if their insurer feels they have not taken enough precautions to protect their property from theft.”

ECIC also revealed that while the number claims for theft of tools from vans has remained largely static H1 2019 vs H1 2018, that the claims costs resulting from theft of tools has already surpassed last year’s total figure. 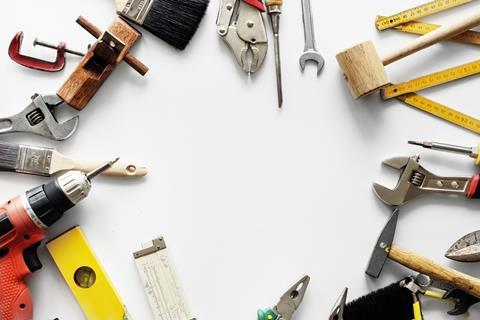 This increase means that thieves are specifically targeting higher value tools and making away with a larger haul through tactics such as “peel and steal,” whereby the side of the van is cut open and ransacked, the ECIC has suggested.

Hollingworth continued: “Ideally tools will be removed from vehicles and stored securely elsewhere over night or between jobs, or within a secure box fixed inside the van.

”Not only will this reduce the chances of the tools being stolen, and disrupting the work schedule, but it will also mean insurance covering the tools is not invalidated in the event that a determined thief still manages to get away with the tools.

“Another method that contractors can use to prevent against theft are parking with sliding/rear doors against a wall. While this doesn’t protect against peel and steal in the same way that removing tools can, it does stop thieves opening the vehicle directly.

”It’s worth parking in a well-lit area with CCTV where possible. Finally, ensuring tools have identification marks using the latest smart technology will help the police identify who is the true owner if they’re recovered.”

“When it comes to insurance, contractors’ tools are often covered as standard within a Contractors’ All Risks insurance policy. However, some policies may require cover extensions for tools hired, and for tools belonging to employees rather than the insured company. Goods in Transit cover will provide protection only when the tools are in transit, sometimes with a limited sum insured,” Hollingworth added. 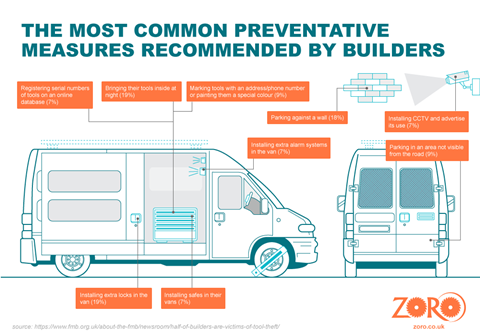 Preventative measures recommended by Zoro, one of the UK’s largest tool suppliers

Hollingworth said that with such a huge increase in the theft of tools over the past six months the ECIC is urging contractors to review their insurance policies to check that tools are covered, and to add extensions where necessary.

Back in May, Peter Milner underwriter at speciality MGA Fiducia warned that there was a lack of understanding among tool owners of exactly how valuable their goods are stating that they could easily be worth £100,000.

The MGA cited that tools were the most frequently stolen item increasing by two thirds from 2014/15 to 2016/17, with the most common crime being thieves breaking into vans and vehicles to strip them of tools. 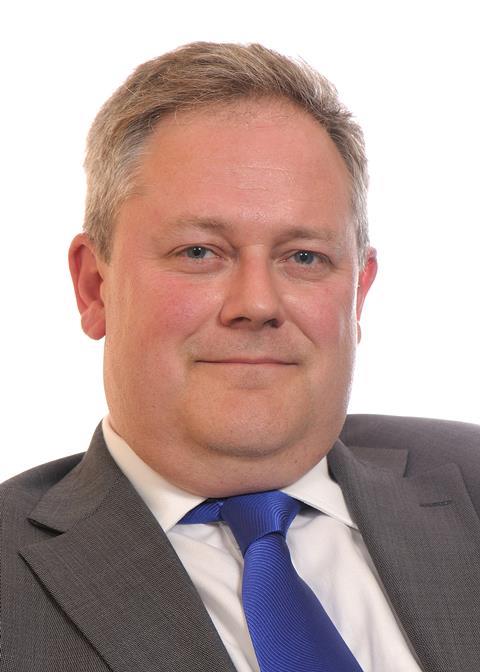